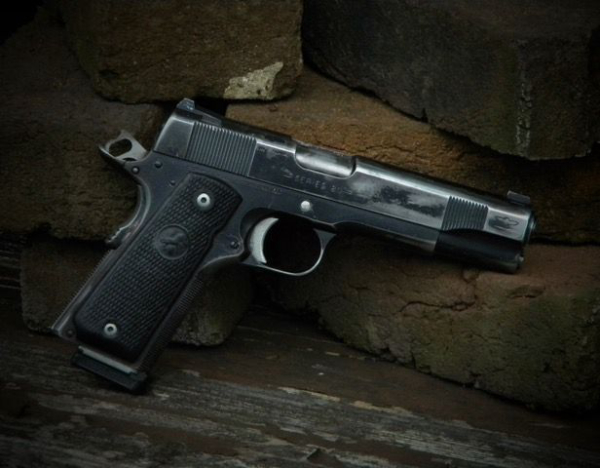 Remember the large colored blocks that you played with as a young child; maybe your kids have them? To “build” with them requires developing the fundamentals of shape, spatial awareness, problem solving and “engineering” – you can’t build tall if you don’t have a stable foundation or base. Learning how to fight with firearms is the same. Start with the basics, establish the proper footing. From there you add fundamentals on top of each other, block by block.

The basics start with safety, the primary concern with firearms regardless of the application. Hang out a while with “gun people.” It’s shocking the number of safety violations that occur. Marksmanship and “gun handling” are next. Accuracy with firearms is important. Every bullet has a destination. It’s up to you to ensure they arrive in the proper location of the target. But they have to be sent in a timely fashion. I’m not looking for tiny, tight groups from extended distances. Hit the threat in the proper locations as efficiently as possible. Accuracy also includes fundamentals like stance, arm position and grip and everything else that produces proficiency.

At the top of “Gun Handling” are manipulations. The ability to safely and efficiently load, unload and check the status of the weapon – “Administrative” actions – and reload and clear stoppages – “Functional” manipulations – is mandatory. Proper use of any tool relies on technique. With firearms this is even more critical; mistakes can cost lives.

For concealed carry, developing your draw, presentation of the pistol, is another fundamental. My advice is to train, practice and carry one way – concealed. During Force-On-Force drills –facing a sudden, violent confrontation from a thinking, moving person - it’s not accuracy that’s unacceptable. The draw-stroke is what causes almost everyone trouble.

Movement is another fundamental. (This is discussed in detail in last week’s Wire – here). Same for the use of cover, developing the ability to communicate – verbal commands to the threat(s) or coordinating action with your team. These skills are the foundation of your threat response – Move, Communicate, Use Cover, Shoot – as required – and Think. Thinking and problem solving is what wins fights.

After laying the foundation with these basics it’s time to stack on more fundamentals. Hand and arm injuries are extremely common in fights. Single-hand marksmanship and manipulations skills, “injury drills” are elemental skills. Lots of confrontations end up on the ground. You have to fight from wherever you are; shooting from various positions and locations is another fundamental.

While assembling all these basic blocks you’re also developing the proper mental attitude, or combative mind-set. The fight is decided by what’s in your heart and mind. Fighting is ninety percent or more a mental process. Without the proper “attitude” it won’t matter what type of weapon you have.

A major issue with “shooters” is their desire to rapidly progress through the fundamentals. “Yeah,” they state, “I know how to shoot.” Yet, during training they have a difficult time shooting from behind cover while kneeling. Until proficiency in the fundamentals is established there’s no need to start “stacking” more blocks. This only leads to frustration, and false confidence. Fundamentals win fights. Study this well.