As our Tactical Professor Claude Werner likes to point out, there are far more gun owners out there – and defense firearms bearers – than can be adequately (even basically) trained by the numbers of instructors and instructional facilities available.

That makes it tough. Every time an issue is raised from “wrong gun/caliber/holster” to “you shouldn’t have done that, but this,” people cry out “get training!” It just isn’t that easy. Resources are strained – from being able to take time away from work, family, travel, lodgings, food, ammunition, gear to finding a knowledgeable person with instructional skills, it’s just more than most people can – or will – take on. Karl Rehn uses his facility in Texas to run shorter training segments, a help and something to be considered across the country.

It’s that way across the ‘knowledge’ spectrum. Educational institutions are moving to distance learning in order to better spread the word. Perhaps that’s something to be considered here too. There’s a device, little used these days – it seems, -- that helps out with the ‘software’ part of the firearms training equation. As we move deeper into the age of instant communications, it’s still critical to have the grounding to understand what’s going on. One way to get that grounding is to read; the device in question is a book.

That’s the topic of today’s feature: a book that amounts to a concealed carry class you can carry around with you, read at your leisure, to take notes from and it even lists courses of fire. It’s not a law book – don’t look here for the laws governing concealed carry in your state; this is more that grounding in the essentials that you need to have in place before you carry the gun.

Rangemaster Firearms Training Services was founded by Tom Givens, an experienced peace officer, trainer and past-owner of the range which had been the primary source for handgun carry permit certification in the “high action location” known as Memphis, Tenn. His training resume is profound and long. He has the gift of communication – verbal and written – that makes him one of the nation’s most sought-after instructors. His new book, Concealed Carry Class: The ABCs of Self-Defense Tools and Tactics has been out just a short time. As the title states, it’s a complete course – all but the shooting on the range in front of an instructor/coach and the state/local law issues. 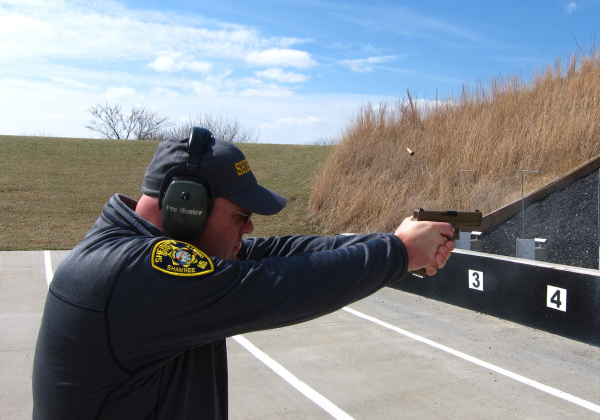 Reading a book doesn't equal range time, but it covers the things that range time won't -- and it gives you an idea about smart practice.

The first part of the book accounts for the ‘software’ issues, those things that are critical and too seldom addressed. This includes general legal issues, stress mitigation, awareness and decision-making under stress. The second part is the gear: selecting the firearm, support gear, ammunition as well as technique – how to shoot.

Consider the essential issue: why carry a gun? What’s the problem you seek to solve? That can be followed up with the social consideration: is it legal . . . are you “permitted?” Once you pass that obstacle, consider when can you . . . should you, must you . . . use deadly force – or any force at all.

Tom Givens was a student of Jeff Cooper – as all practitioners of the craft are, in reality. As such, he draws on the maestro when it comes to ‘principles of personal defense,’ the Color Code and safety. He also draws on the experience of many in terms of preparation – “not paranoia,” as stated in the old Motorola Teleprograms film “Survival Shooting Techniques.” He asks you to ‘play the mind game’ with visualization, preparation and rehearsal – awareness games and self-training.

He mentions ‘intelligence’ activities, considering how ‘the other side’ thinks and acts. Here’s a clue: they don’t think like us. You have to recognize the problem before you can act to counter it. This calls for threat assessment to guide your training priorities – what do you have to prepare for . . . what should you prepare for?

The factors he draws are from three good sources of reality: shootings engaged in by FBI, DEA and Rangemaster students (who self-reported). The commonalities through the groups is that each are non-uniformed; they carried guns hidden. Similar incident factors included number of attackers, location of the assaults, the distance at which the engagements occurred and the number of rounds fired. With that in mind, looking to see how FBI, for example, requires their troops to qualify on the range gives us a clue as to what we should practice.

Speaking of practice, it’s something you should do S.M.A.R.T., Givens notes. The practice should be Specific – have one or two skills you’re working to improve on each range trip. It should be Measurable – hold yourself to a time and accuracy standard.

It must be Attainable; identify your baseline, set a goal to achieve that’s some better – and then do the work. Goals need to be Realistic; based on resources, you can only go so far in the amount of time you have with the amount of ammunition you can afford, etc. Finally, have an improvement schedule; don’t just say “someday, I’ll make this particular standard.” Set a date to have a particular improvement accomplished and stick to it.

Finally, he lists some courses of fire upon which to practice. As always, remember to ‘craw-walk-run.’ Don’t start with drawing from a holster. Work into it.

For less than a couple of boxes of practice ammo, you get a lot of information – and a way to guide your use of that ammo. Give it a read – even if you are going to a class. You’ll learn things.