This feature ran Monday in our Outdoor Wire and Shooting Wire services. It's an important story and we wanted to give our Tactical Wire subscribers a chance to help as well -- thanks. 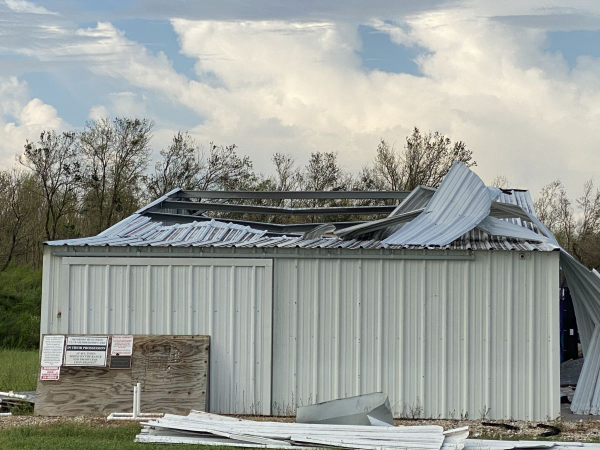 On the morning of August 27, 2020, Hurricane Laura made landfall on the coast of Louisiana. Causing damage across three states, reports indicated that most of the damage was done in Louisiana. Homes were flattened, commercial buildings damaged, parts of coastal Louisiana were swamped and at least six were killed. Power was out over a broad area for extended periods of time.

A lot of people suffered losses. A good many worked to the point of exhaustion helping neighbors and family members in effecting temporary repairs. There was heat and the increased threats of disease in the era of pandemic. It’s a bad time.

Included in the damage was the Southwest Louisiana Rifle and Pistol Club, outside of Lake Charles. Located in a flood plain – it’s handy to have a shooting range on property that can’t be easily developed into residential housing – they took a bad hit. None of the structures could be insured, so it’s on the club to demolish, clear, rebuild and repair.

David Surgi, of Secure Firearms Products, reached out to me to advise of the situation. Home of the “Crawfish Cup,” among other national level matches, the SWLA Rifle and Pistol Club had NRA Action Pistol facilities amongst their range offerings. Buildings, target systems and barricades were damaged. 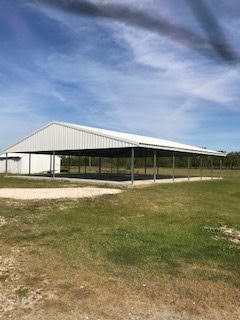 The pavilion is shown before Hurricane Laura, above, and since the storm, below. 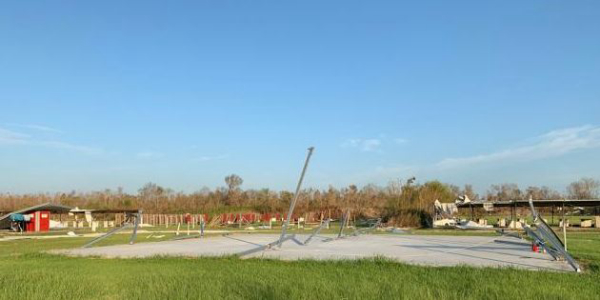 Established in 1947, the Southwest Louisiana Rifle and Pistol Club, Inc. is described as “ … a close-knit group of sportsmen and sportswomen that have trained a lot of children since 1947 and they have done a lot of good for their community year after year …”

The damage was itemized as follows:

3 of 16 Bianchi barricades are damaged beyond repair

Upon initial inspection, most of the target equipment seems to be undamaged.

They have been unable to get into the rooms inside of the building yet to determine damages. 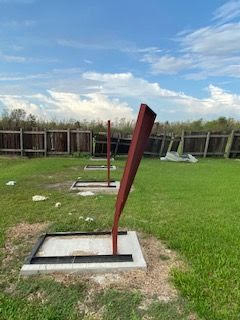 After the disaster, it took little time for Doug Carden to find a way to arrange donations for the club so it could be restored and operations could continue. Dave had me check in with George Mowbray, of the club, for more information about storm damage as well as images of the destruction.

Doug set up a donation site here for those of us in the industry – as well as competitors and well-wishers – to send in some needed relief funds. The range is currently closed for shooting.

In the aftermath of the killer storm, media interviewed people in the area. A number of them noted that Laura was more damaging than Hurricane Rita in 2005 – and that was the most destructive in years. Lots of folks are hurting down there, while the rest of us are distracted by the Washington political circus, the national temper tantrum and fears of infection.

I believe the industry cares and hope we can give these folks a hand.