The topic of this piece, from 2012, is still of great interest. 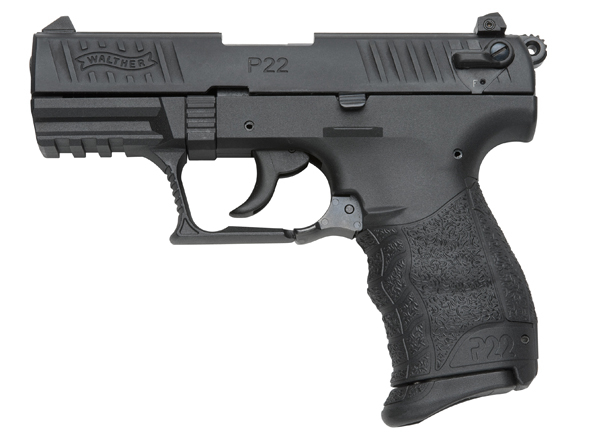 The young lady in question preferred the Walter P22 to other guns to which she'd been exposed; the choice is hers. Photo: Smith-Wesson.com

While on the road last week, I had occasion to be around a group of people I'm too often away from. I was privileged to get to meet and spend time with a young lady, a friend of the family. Due to discussions held within her hearing, she apparently determined I was someone she should talk to.

Whatever for, I asked. “For protection,” was the response. From what do you need protection?

She replied that there was some concern that “someone” could break in to her home. Again, why a gun? She knew that it would take some time to get help and that she might not have that kind of time.

The bottom line was, she was determined to get a gun but she had conflicting advice from various men in her life.

Have you ever shot anything before? She said she'd fired a Walther P22.

“How did you like that?” I asked. She liked it, a great deal in fact.

Now the howls of outrage can begin. I'll tell you what I told her: men have no idea what gun she should have. Only she really knows – or can find out. Most men have less idea what gun a particular woman needs than they have of the next six numbers to be picked on the “big million lottery.”

She'd already confided that she was unimpressed with the blast and shock waves from centerfire rifle. Imagine her surprise on how that 20 gauge will sound in the confines of a room – something there is no place for her to find out before she needs it.

Given the choice in like circumstance, Grassi prefers the Walther PPQ – in that line -- a fine choice in terms of reliability, handling, power and capacity. The choice is not his to make. Photo: Smith-Wesson.com

If she ever needs that gun, by definition she'll need it more than she's ever needed anything in her life. It's the only thing that stands between her and death or crippling injury. I want her confidence level to be high. That only comes from (1) comfort in her ability to handle that particular gun, (2) having a gun that's reliable and (3) having a gun that she will shoot. She told me she understood she'd have to shoot the gun in practice. How much practice can she get with ammo that's $25 per fifty rounds as opposed to $25 for 500 rounds?

How much less will she have to fight flinch in a rimfire as opposed to a snappy 9mm? 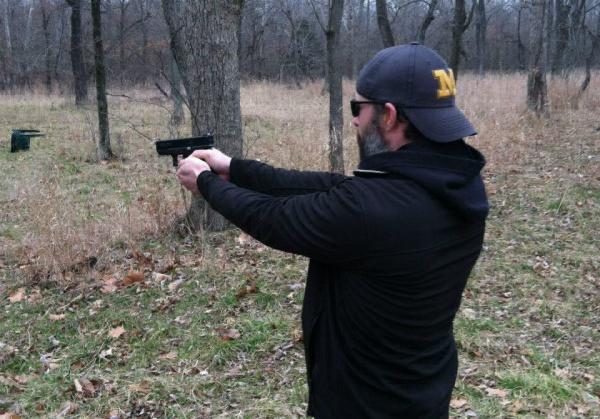 An Advantage Arms conversion unit making a GLOCK 26 a 22 pistol -- well in advance of the new GLOCK 44 -- was also shot on her property during the decision making process.

She was also concerned with Problem B. For those who came in late, Problem A is surviving the fight. Problem B is explaining your act to authorities – too many of whom are simply concerned with political prosecutions, something I've had to fight before.

She'd been told, “Wait until “they” (sic) are in your house before you fire.” Well, she is not going to pop people outside for walking along the sidewalk, thank you very much. The reasoning was the old saw, “if you have to pop 'em on the porch, drag 'em inside before the cops get there.”

Uh, no. Altering the crime scene assures you a stretch on the public dime for a long time even if the original act was clean. 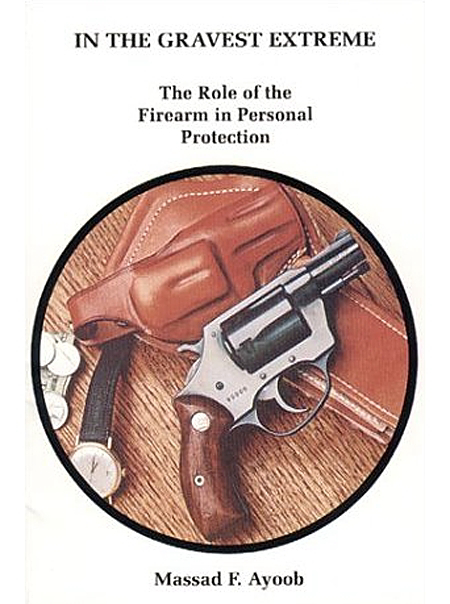 Defense isn't about guns, it's about understanding power and responsibility. Photo: Ayoob.com.

Advice on guns and self defense is often worth less than you paid for it. Be careful. Make sure your B.S. Detector is activated. Buy and read In the Greatest Extreme: The Role of the Firearm in Personal Protection by Massad Ayoob to get that Problem B issue under control.

As to whether that .22 will work, remember this – no one wants to get shot, with any caliber. She's unlikely to face a high risk robbery crew and more likely to face a feeb who thinks he's preying on a defenseless woman.

That would be a problem in victim selection.