This is the latest from our correspondent, Greg Moats.

I’ve come to the conclusion that, contrary to Karl Marx’s famous dictum, it is the internet, not religion which is the opium of the people. I’m not unaware of the paradox of making that statement here on a … well ... internet-facilitated delivery medium, but I stand by my statement nonetheless. It may be more of a personal self-effacing comment than a universal axiom, but I know that I spend far more time “surfing the net” than the activity warrants. The “comments” section of many sites are purgatorial with statements careening from bland to pungent at the drop of a perceived insult.

I stumbled across one the other day that particularly captured my attention as I respect the well-known author, but somewhat disagree with his stated conclusion of facts. What made the issue noteworthy to me were the comments which generated FAR more heat than light. Within 6 or 7 entries, participants were questioning the experience, intelligence and genealogical legitimacy of other commenters. Ok, that’s pretty typical on the internet, but the subject seemed too innocuous to generate that much fervor. 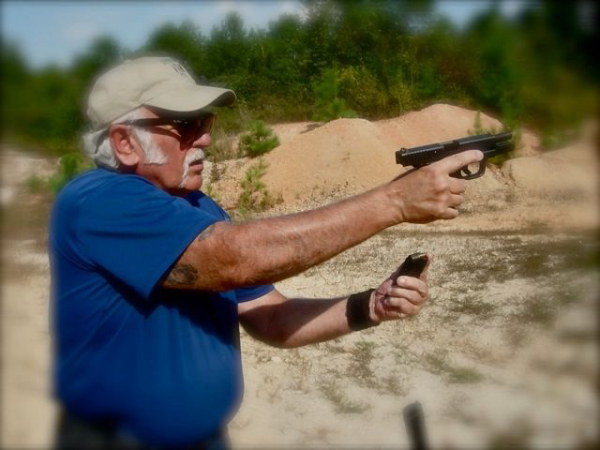 The gist of the author’s entry was that devoting more than a few minutes in a class to reloading maneuvers or working at increasing your speed at reloading is a misplaced training priority. The author supported his opinion with two good and logical reasons. First, the need to reload quickly almost never determines the outcome of an armed encounter in the ‘nonsworn’ world. Over a number of years, I’ve asked friends of mine in the gun industry, law enforcement and the firearms-writing business to let me know of ANY armed encounter that they hear about where a civilian (&/or non-LEO) had to reload in a fire-fight. So far, I have yet to hear of any such encounter. The second reason is that during a training class, participants will need to reload their firearms anyway as they discharge ammunition during or between shooting sequences and are therefore getting practice reloading without devoting valuable range-time to reloading-specific training drills. Both are good points, logical and well-reasoned.

I stated that I “mildly” disagree with the author’s conclusion. In other words, this discussion isn’t a hill on which I’m willing to die. My alternative viewpoint, to whatever extent it exists, is based upon one of the many gems of Jeff Cooper’s fertile mind, the “Combat Triad.” The Combat Triad is an equilateral triangle representing the relationship of “Mindset,” “Gun Handling,” and “Marksmanship.” While the Defensive Pistol handbook that I received at Gunsite says, “… these three elements are given equal weight in determining the outcome of a gunfight,” many contemporary, less talented thinkers have attempted to prioritize the importance of the three factors. There is no primacy among the three components in that a lack of any one of them will result in a failed encounter. Having said that, there is however a priority in their sequencing and a probable inequality in the effort required to master each.

Let’s consider the three in layman’s terms. “Mindset” is not only awareness of one’s environment, but also one’s willingness to prevail. “Gun Handling” is everything involved with manipulating an inert tool (gun) from a state of unreadiness into a state of readiness. “Marksmanship” is the ability to employ that tool to accomplish your objective. Sequentially, without awareness of one’s environment, one would never be cued to initiate gun handling which would render one’s marksmanship skills unemployable. Therefore, there’s a sequence and the ability to defend yourself will follow that sequence.

So, how important is marksmanship to survival? Cooper stated, “Anyone who studies the matter will reach the conclusion that good marksmanship, per se, is not the key to successful gunfighting. The marksmanship problem posed in a streetfight is ordinarily pretty elementary.” Ironically while marksmanship comes last sequentially, it “circles back” (with apologies for our Socialist Press Secretary) and reinforces mindset. Cooper went on to say, “….while you almost never need to be a good shot to win a gunfight, the fact that you are a good shot may be what is necessary for you to hold the right thoughts − to the exclusion of all others − and save your life.” (Jeff Cooper’s Commentaries Volume Five, January 1997) 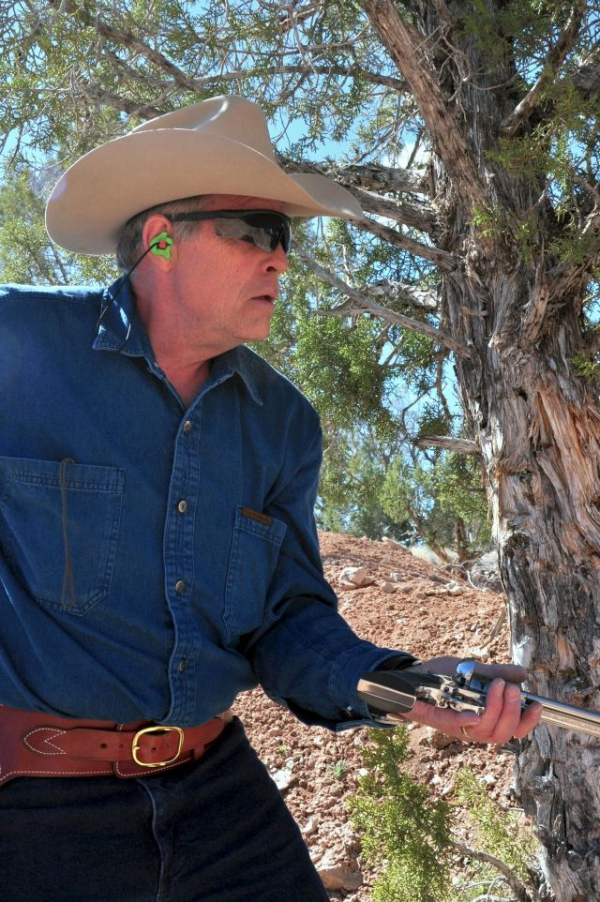 Reloading a critical skill? If you're using a single action revolver, as American Cop editor Denny Hansen is here, it can get critical.

How important is gun handling to survival? Gun handling will include at least the following skills: loading, unloading, malfunction clearing, holstering, drawing, appropriate ready positions, transitioning between multiple targets, moving with a gun in hand, employing a flashlight with the gun and of course, the previously mentioned reloading (tactical and speed). When I refer to a “good gun handler,” I mean someone that performs the above listed activities safely without having to stop and think about how to execute the maneuver (intuitively). Almost all good marksmen are good gun handlers, conversely one rarely sees a poor gun handler that is even a barely adequate marksman. You will handle your gun more than you will shoot your gun. Add to the mix that EVERY negligent discharge is due to some failure of gun handling. These are reasons that I feel that strictly performing certain gun handling drills (such as speed reloading) is not misspent range time.

If you’ll “probably” never need to speed reload during an actual gunfight, why spend time practicing it? In effective training, both gun handling and marksmanship exercises will be conducted to exceed the level of whatever statistical probability will be required to survive in a fight. Why practice your marksmanship skills at 25 and even 50 yards when the “average” actual street encounter is at 3-5 yards? Well, if you can consistently hit your intended target at 50 yards, shooting at 3-5 yards will become an intuitive ability. If you only practice shooting at 3-5 yards, hitting the target consistently at 50 yards will be “iffy” at best. If you ever need to speed reload in a gunfight, you’ll never need any ability to be intuitive more than at that moment in time. Can you go overboard on specifically shooting at long distance? Obviously. Can you go overboard on specific gun handling drills? Obviously.

About two months ago, I returned from a Tactical Concealed Carry Pistol class conducted at Gunsite. It had a different set of protocols than any class that I had taken there (or anywhere else) before. We were NOT allowed to reload from a magazine pouch, we HAD to reload from a loose pocket carry. Tactical reloading was forbidden and speed loading once you shot to slide lock was mandated. The finger-fumbling, cluster schmuck that ensued was entertaining! In the original piece that started the resultant hubbub about reloading, the author stated that anyone that teaches that you need to carry your spare magazines with the bullets pointed forward for the sake of speed hasn’t “got a freaking clue.” Well……maybe, but my week at that class at Gunsite seemed to indicate otherwise. It could be that they’re clueless, but I think that they were trying to “prove” something to us empirically: how and where you carry your spare ammo matters and requires specific practice.

Love him or hate him, Jeff Cooper is at least in some way the progenitor of every shooting instructor in the business. Every class that he taught and every major match that he conducted that I attended had a “Man-against-Man” event at its culmination. In every one of those (post the Big Bear Leatherslaps) he incorporated a speed reload. I fully understand that “because that’s what Cooper did” is not a justification for any particular action. But it does give insight into what he valued as virtuous skills and he devoted more “a few minutes” practicing reloading techniques in his classes. He had a reason for that ... perhaps he’d fall into the category of not having “a freaking clue,” but somehow, I doubt it.

Purely from a “street survival” standpoint, it’s probably better being a great gun handler and a good marksman than being a good gun handler and a great marksman. Ideally, you want to be great at both, but negating specific gun handling drills will retard the process. Is the argument a hill worth dying on? Maybe not, but to me it’s one worth defending.

Greg Moats was one of the original IPSC Section Coordinators appointed by Jeff Cooper shortly after its inception at the Columbia Conference. In the early 1980’s, he worked briefly for Bianchi Gunleather and wrote for American Handgunner and GUNS. He served as a reserve police officer in a firearms training role and was a Marine Corps Infantry Officer in the mid-1970’s. He claims neither snake-eater nor Serpico status but is a self-proclaimed “training junkie.”