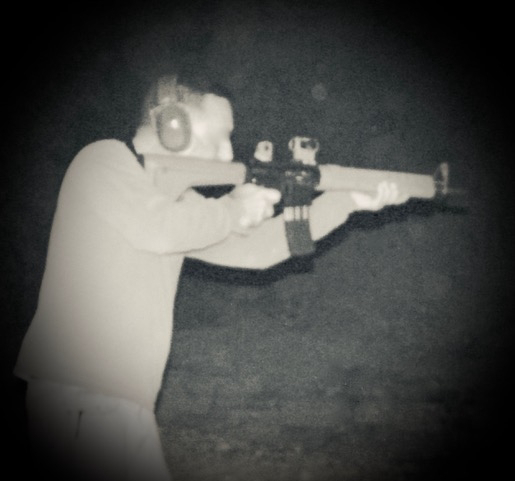 Move, Communicate, use Cover, Shoot as necessary and Think. These are the fundamentals of responding to a threat. This week we’re looking at number four - Shooting.

Shooting is fourth for a good reason. At the top of your tactics is “avoidance/escape” – moving. You move to cover, issuing verbal commands or communicating with partners. Moving forces the threat into a reactive mode, providing you time for other options, like moving to create distance. It may be necessary to move in order to get a clear line of attack on the threat(s). Shooting is what we all practice, and with good reason, but it’s probably the least likely of the fundamentals we’ll have to apply. However, sometimes the situation is going to call for shooting.

If all else fails and there’s no other option, you shoot -- using force to solve the problem. You’re shooting to stop the threat(s) – not to kill. Yes, they may die, which is a homicide. The question is was it justified? Remember, you’re responsible for where every round comes to a stop. Study this well; the consequences of your actions must be considered in advance.

When shooting your goal is stopping the threat as efficiently as possible. You engage specific areas of the body. No, you don’t shoot arms or legs to “wound” them. That’s for the movies. The whole reason you’re shooting is because they are a violent threat. Time is a precious commodity. People get shot in every part of the body, with regularity, and it never slows them down. Sure, you might get a peripheral hit and they stop, but don’t bet on it. You need to physically break them down, which requires accurate hits in the right locations of the body.

The “best” part of the body to place your hits – if there is a best – is the pelvis. It’s a large target, moves less than any of the body above it and allows you to shoot with a lower trajectory. Pretty much everyone shot there ends up on the ground.

The “traditional” location to engage has been the chest. But the good stuff is small, and well protected by bone structure. Even a direct hit to the heart isn’t a guaranteed stop. The heart can completely stop working but there’s still enough oxygen for body and brain to continue functioning for several minutes. “But,” you ask, “what about blood loss?” The body can lose a lot of blood and keep on tickin’.

Head shots are for special occasions. Either that’s all you have to shoot, or you’re looking for immediate incapacitation. Effective head shots require a lot of accuracy, especially a moving target at distance, so they usually consume more time.

You shoot as accurately as necessary to hit the intended target. The speed you shoot is dictated by distance and size of target. With a close large target, you can hammer hits accurately. As the distance increases, or target size decreases, you shoot slower. On a stationary target you can shoot quickly; the faster the target moves the slower you fire. Regardless of where you shoot them, or how many times you shoot -- always get ready to fire again. They’ll let you know when to stop firing.

Break contact as soon as possible. You shoot. It doesn’t stop them, but changes their mind about what they thought they were going to do. They turn, running to escape. You stop shooting. Contact broken. After you shoot the threat drops to the ground. You cease fire, move to create distance, breaking contact and getting to a safer location. Knowing when to shoot is important. Knowing when not to shoot and when to stop firing is equally important.

Regardless of what you do with your weapon – presenting it, not covering any one with the muzzle and issuing verbal commands or having to fire it – you’ll need solid reasons to explain why you did it. Train and practice with this in mind: The “why” is always important.