Regardless of the armed defense scenarios “reported” in media, in police reports or in the “Hell, I was there” stories, one element seems to be the most common: acquiring the defensive firearm. Whether it’s in a drawer (bad idea), in a bag (ditto), holstered on one’s person, before you can deploy the firearm for defense you have to get your hands upon it. 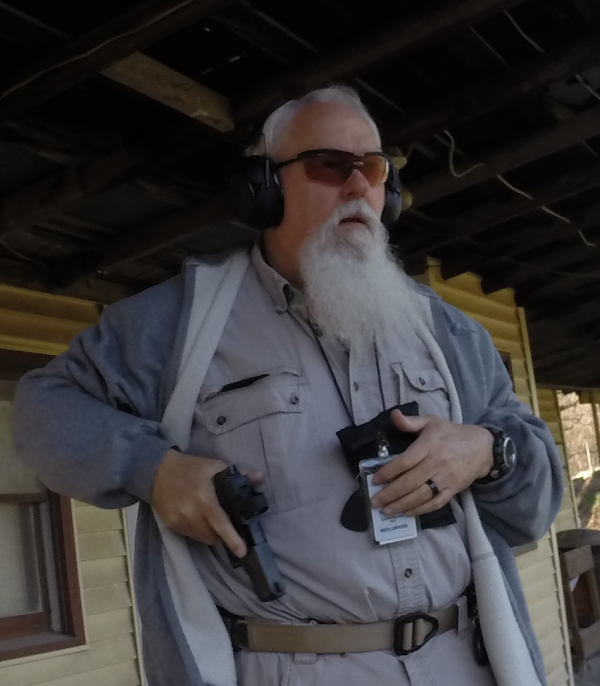 For support, we need to look no farther than Concealed Carry Skills and Drills: A Guide for Average People by Claude Werner, the Tactical Professor. He charted the “common tasks involved in personal protection with firearms” via a study of 6 months’ worth of Armed Citizen column entries in the American Rifleman magazine -- those stories clipped from ‘news’ accounts. He found the following:

Draw to verbalization (please, not ‘challenge;’ this ain’t a duel) – 6

Draw to shoot (seated in automobile) - 4

Dumping for the moment the acquisition of the off-body sidearm, we are left with the draw. Ideally less fast than deliberate, the “right” draw is the one that gets the gun in your hand in a sure firing grip the quickest.

Holsters differ, even holsters made to be similar to other existing holsters. Each product line has a difference, from ride, tilt, attachment, securing apparatus. More complex issues come from those holsters that are user-adjustable: altering one element of the ‘ride’ affects other aspects. Making adjustments requires a plan.

When you get into a new holster, plan in some practice time. The type of practice is critical. There are those who scoff at “slow is smooth, smooth is fast.” The saying is shorthand, a mnemonic – a tool to assist retention -- and doesn’t tell the whole tale.

More accurately, it’s “go slowly for perfect form.” Learning physical skills – and practice – requires some ‘rewiring.’ This is a system like that I saw described by MSG Paul Howe, US Army (Ret’d) of CSAT; work the technique dry, slow for perfect form. Follow that with a gradual increase in speed. If there’s time and resources, you can go to exceed the expected operational speed – on the range or in dry practice. Before you complete the training session, stop to execute the technique perfectly. You end on something that you know you can do 100% of the time at the original “perfect for form” cadence. 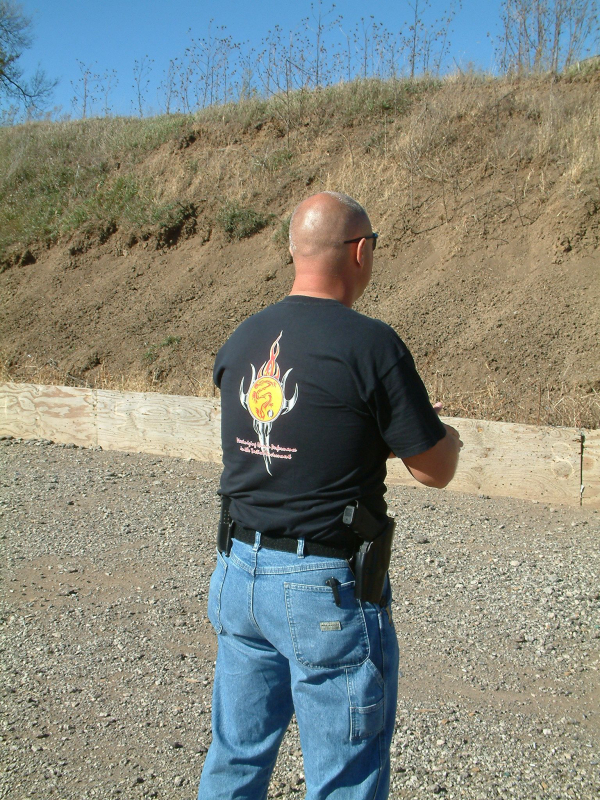 Starting above, your hand has to reach the holstered sidearm. Waste no time in getting it there. Below, put on the brakes and ensure that firing grip while the gun's till in the holster. 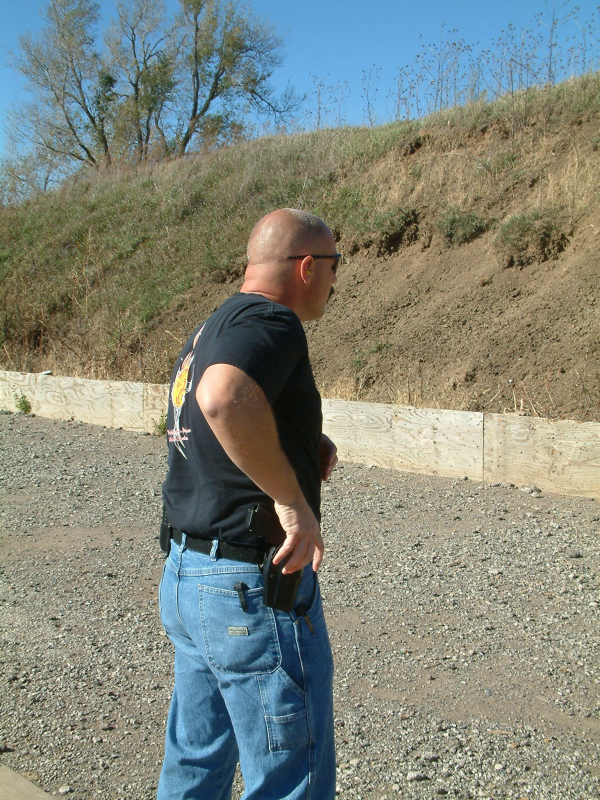 Ending on that pace leaves you with a success and the last rep in the brain is ‘perfect.’

An instructor, Paul Smith, explained learning the draw in more-or-less this way: “Quick to the gun, sure to the grip. Quick to the eyes, sure to the sights.” It’s being deliberate, being precise to acquire after ‘rushing’ to get there.

Going quick, then putting on the brakes. 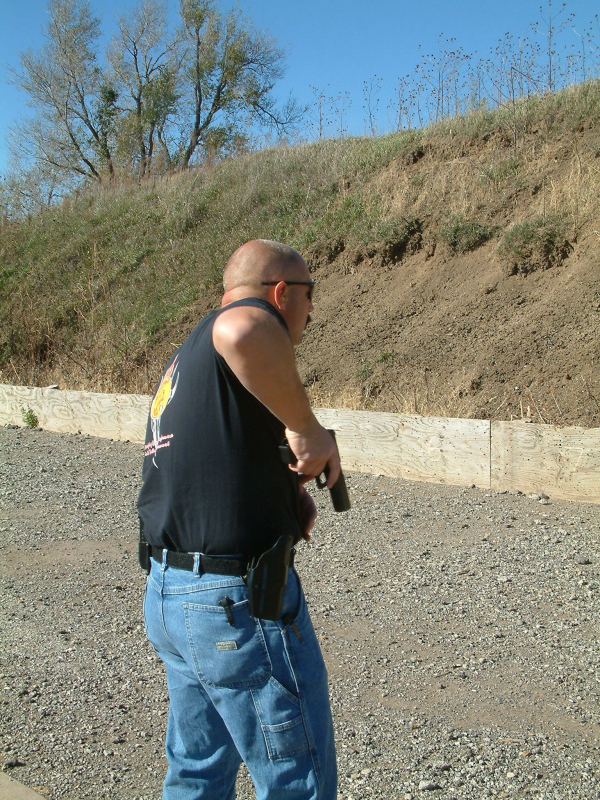 Above, once the grip's acquired, race the gun to eye level. Note the shooter's finger is still clear of the trigger guard, hooked against the frame. Finally, settle on sights and trigger - below. That requires slowing. 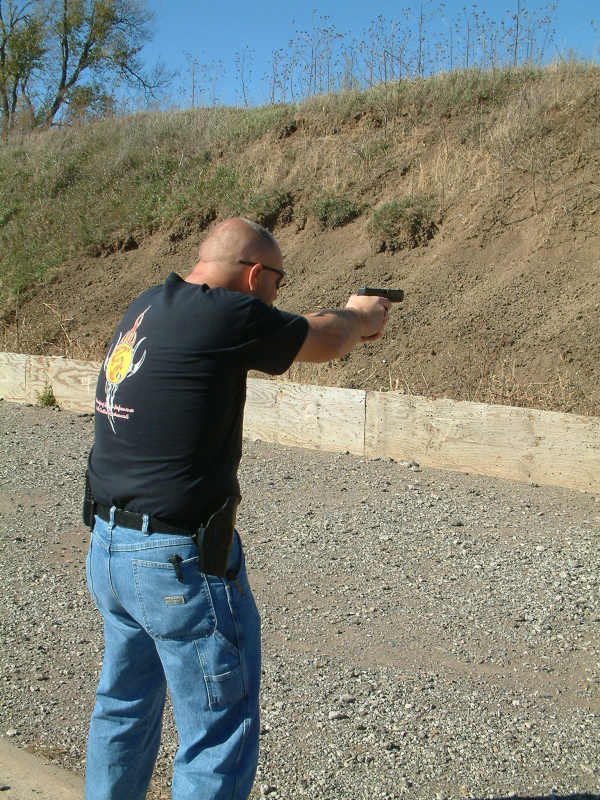 After my first cop job, I got into a small agency run by a former trooper whose concern was uniformity of appearance over function. He specified and issued leather, a holster system I’d never used. I practiced extensively with that rig off duty until I couldn’t miss.

The time came that I needed the gun quickly. It came to hand without conscious reflection.

I didn’t have to shoot, hence the next lesson. I figured, and was happy for it, that for every draw made operationally, no shots were fired – nearly 100% of the time. The only time that a draw culminated in shots fired as a matter of routine was on the range; we were practicing to shoot at the end of every draw, a bad idea.

My practice had been the smooth, swift draw ending at point or at guard. I could take the time of the nonreflective, reflexive draw to occupy my mind with assessing the situation before me on the street. That saved me from lots of potential shootings – and I imagine my clients were delighted at that too.

You have to make an investment in your own survival. Only part of that is gear. The other part is skill. The more reflexive the draw, the less thoughtful it has to be. This leaves the brain to process sensory data without trying to remember how to draw.

Analyze the process. Know the ‘how’ – to see where speed is relevant and where slowing for sureness is necessary. Then work the parts that take the longest to “get” the most. Breaking it down is an analog to square range work versus the simulators; it’s learning a defensive tactic by the numbers before grappling freestyle.

The most time is consumed in getting the hand on the gun – moving the cover garment, defeating safety features of the holster. It’s “quick to the gun then sure to the grip.” Getting the firing grip in the holster is a deliberate move.

Then “quick to the eyes” – bringing the gun level – and “sure to the sights/trigger” – the deliberate move.

I recommend this system of practice as investment against the day you hope never arrives.