As the cold oppresses in a not-so-bad (thus far) winter season, it seems that other issues stream in to depress the right-minded.

The day before the pre-SHOT weekend begins, the Brotherhood Against Total Freedom (I’m told it’s what the initials stand for) pushed out their rule that modifies the NFA 1934/1968 Gun Control Act without benefit of the legislative process. I’m told SCOTUS sorted that out in an EPA case handed down in June, but apparently our bureaucratic bosses have declined to consider that a problem.

This is the rule on the, shall we say, ADA-compliant stabilizing brace on guns defined previously by the same ATF as “pistols.” Based on email traffic and social media pronouncements, the lawsuits are being filed with injunctions requested. Meanwhile, the ATF will allow you to file a Form 1 and will waive the $200 transfer tax during the 120 day “shake and bake” period. 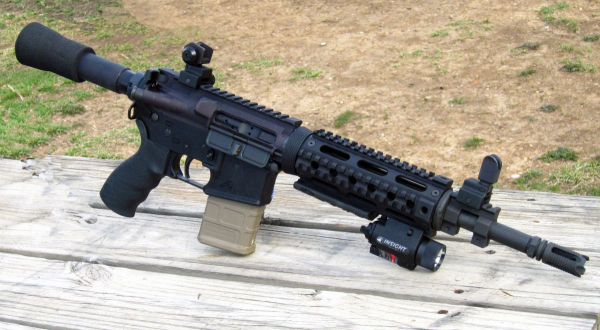 Above -- okay, according to ATF? Below, NO-GO? Or does anyone really know? Best to consult with legal experts in the firearms space. 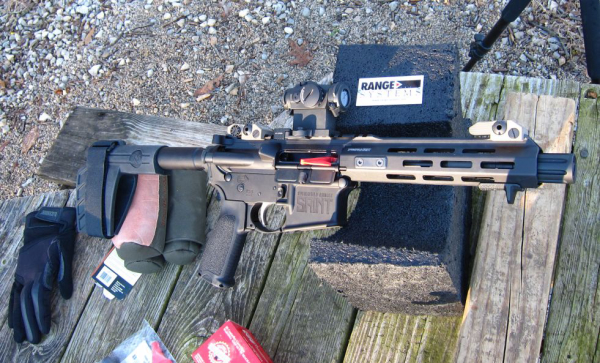 I’m not sure where it says, in NFA 1934, that the tax can be waived by bureaucratic fiat.

For me, it’s not worth the trouble. My medical issues vastly limit shouldering centerfire rifles and shotguns, but a ‘rifle-caliber pistol’ may not be the answer, federal volatility notwithstanding.

The SHOT Show arrived like a belated-Santa Claus with all sorts of new gear to attract the buying public. I’m not sure how the purchasing will go in the coming year, but based on the response to the Monterey Park (California) disaster, there will be plenty of federal and state impetus for normal citizens to buy more guns and ammo.

Speaking of California, with all their state-sponsored oppression of gun rights, the new LA Sheriff announced the gun used in the killings was one of those “evil guns” which the state bans. I guess that’s another "success" for the prohibition team.

Meanwhile, the narrative that it was “white supremacy,” “hate,” “Donald Trump supporters” or whatever the boogey-man of the moment is, was washed away when the identity of the perpetrator was discovered. More, it was said – without receipts – that the attack potentially stemmed from a domestic relations issue, not as some political statement.

We’ll see, but a young “computer coder” was moved to seize the offender’s gun, get it away from him in the struggle and then point the gun at him, as he ordered the killer to leave.

The killer paused, according to the young hero’s story on Good Morning America yesterday. Finally, he was convinced that more shooting was incipient – and heading his way – so he left. The hero of the story, with no weapon of his own, gave his all to save lives. And he did.

According to media accounts (which mean little), the offender killed himself in a vehicle some distance away.

If only he’d done that first.

And the FBI announced their new Law Enforcement Suicide Data Collection initiative. On the heels of the Administration’s plan to stop Border Patrol suicides with therapy dogs, FBI “has been accepting information on suicides and suicide attempts within the law enforcement and criminal justice communities” according to the release.

The aim is to “better understand and prevent suicides among current and former law enforcement officers—as well as corrections officers, 911 operators, judges, and prosecutors.” I’m not sure we need a study or local data collection to figure that out, but at least it moves the FBI away from political activities in the short term.

In any event, we’ll keep our eyes and ears open – and report back to you.