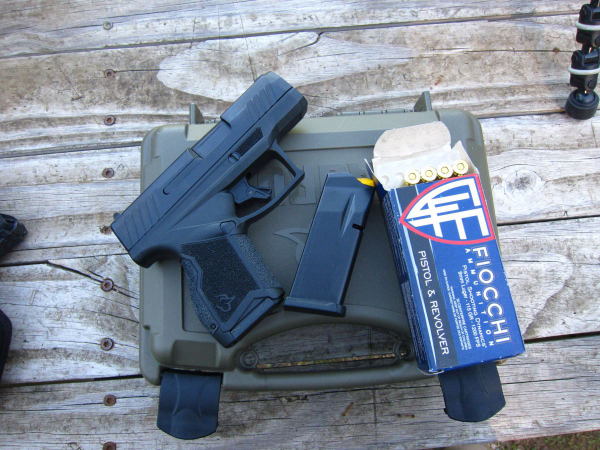 In an effort to figure out how well the Taurus entry into the ‘micro-compact/moderate capacity 9mm pistol’ field stacks up against others in the space, I shot the gun on a few courses of fire that I’d used for similar guns for comparison.

I’d already checked it on the CQ standards, where it went up against the Ruger MAX-9 (with optic) and the Springfield Armory Hellcat RDP. Later, the S&W M&P Shield Plus will face that test.

As you recall, the GX4 did well on those “close range benchmarks,” outscoring every gun I’ve tried so far – including a larger, conventional “service-compact” pistol. The CQB consists of “high value” close-range hits, a stage from a state course of fire and the Waidelich/Bakersfield standards (or a facsimile thereof). Based on time/point penalties – and while the GX4 didn’t shoot it clean – I still scored 91/100 – a record thus far. That can’t be ‘training effect,’ as the GX4 was the second gun ever fired on this mashup course of fire. The times weren’t perfect; it’s a small gun even considering the outstanding ergonomics. And I was only one hit down on paper (not time). If I were to work with it more, I could revisit the course and see if I could sort that out.

The fact remains that this little pistol was able to keep up with larger guns and guns with optics.

For today’s mess, I grabbed an NRA TQ-21 “blob” silhouette with its nearly invisible scoring lines denoting a generous area for full-value hits. I’ll likely opine on ‘spot-shooting’ sometime – even though friend Claude Werner has already well explained the idea – but suffice to say I added a scoring ring on the target’s face with a permanent marker around a roll of tape. I following that up by stapling a B-8 repair center on the target’s “chest.”

I wanted to shoot something like a more traditional ‘police-qual’ type of course and see if the little gun was okay out to distance. 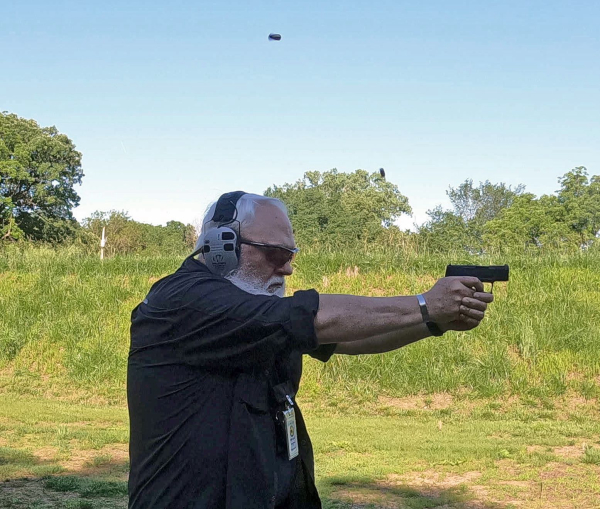 While it's snappy, there's nothing to prevent a quick return to center from recoil.

I used the holster provided by Taurus, a DropSlide OWB rig from CrossBreed Holsters. It’s an open bottom “slide” style holster that is on a drop-loop black cowhide belt loop unit. Being generously cut fore and aft, the backer forms to the user’s curvature and draws the butt of the pistol in tight for decent casual concealment – if the cover garment is long enough. As the GX4 is a short pistol, it’s of little concern.

I also used the Universal Mag Carrier, Gen 2 from Pitbull Tactical, as I have with all of these small heaters – and a couple of ‘service compact’ pistols. The ammo used was the Fiocchi 9AP “Pistol & Revolver” using the 115gr. FMJ bullet. The ammo was provided by Fiocchi (and they have my gratitude).

The shooting phase was a combination of the two distance stages of the old Arizona DPS Daytime Qualification as modified by Prescott PD. I added ‘high-value’ singles from fifteen yards. Closer, I worked pairs and ‘failures to stop’ and finished with a refresher of the ‘high-value’ close range shots as well as the Florida “Stage 2” close range pairs.

The gun seems to shoot “under the sights” – “low” for me. At 25 yards, I put three on the B-8 below the bull; a “7” and two “8s.” Three were inside the scoring zone of the TQ-21 just below the repair center. One fifteen-yard head shot went into the ‘neck’ below the line – I called that as a “convulsive clutch” made by the shooter. This generated a 90+ % score … not at all terrible for such a small gun. 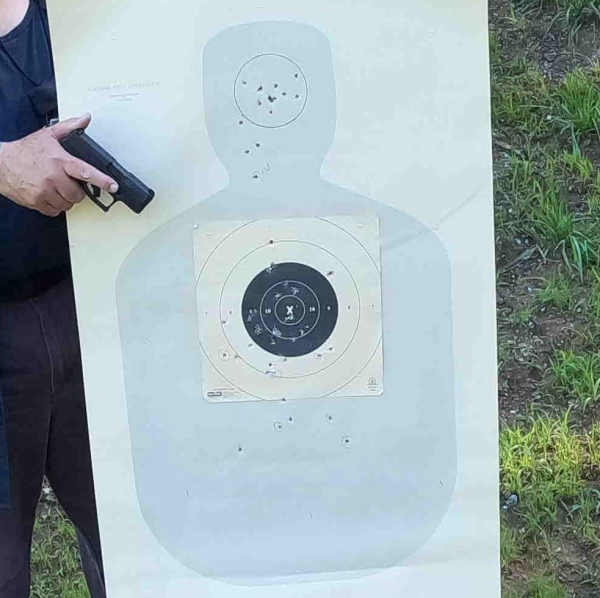 Not the prettiest target, but some agencies would consider this a "possible." For such a small pistol, it's really good performance.

As to all that’s made of the ‘snappy’ nature of these small 9mm pistols; that’s real, some considerable blast and an abrupt recoil impulse. It’s about like shooting the 40 Auto in a GLOCK 23 (pre-Gen5) in suddenness but without the torque that creates the ‘shooters’ elbow’ condition. In short, it wasn’t at all fatiguing.

You have to hang on – of that, there is no question.

This is a very personable little pistol. And now, with the various accoutrements available on shoptaurus.com, it can be made ‘more shootable’ perhaps at the expense of extreme close concealment.