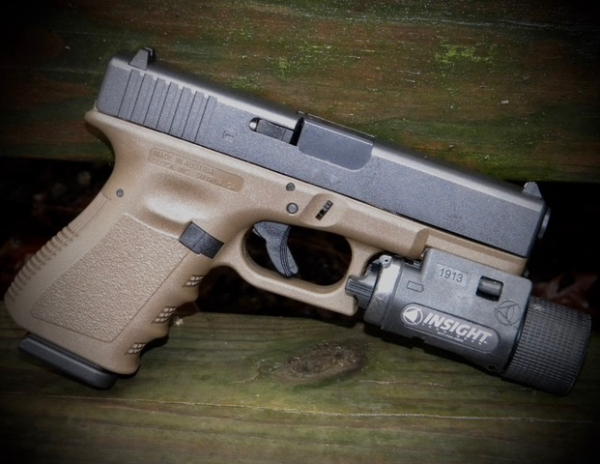 In order to win a defensive confrontation, you have to be thinking. Fighting is problem solving at high speed. The best solution is avoidance and escape, but you have to be thinking well in advance for this to work. The answer may require aggressive counter actions; your weapon is used to stop the attacker(s). Winning is about making decisions; it’s going to require you to think.

The basics, such as drawing, moving, accuracy, manipulations and everything else must be learned to the point that the conscious mind is freed up to think about other things. If you’re having to think about how to draw, or where to position yourself behind cover you can’t be thinking about what to do next. Remember, your task is to force the threat to react to you and keep putting pressure on them so they don’t have a chance to counter.

You have to be thinking about what your next move is, and according to how the threat responds what you’ll do after that. Keep in mind the “doctrine of good surprise.” Whatever you’re doing, don’t expect it to work and have your next action in mind. At some point your actions produce the desired results. That will be a good surprise.

Cultivating the proper mindset is mandatory. All your skills, tactics and gear won’t do any good if you’re not willing and ready to use them as and when necessary. You have to discover and tap into your inner “wolf.” When avoidance, escape or convincing the threat to break off contact doesn’t work the only way to stop violence is with more aggression – controlled aggression.

Control is the number one concern. You are the only thing that you can control in a fight. This is especially true when it comes to applying force. Hysterical force is useless, and dangerous to everyone. Out of control violence is what you’re trying to stop, using disciplined force.

The winner of the confrontation is the one who can make rapidly make decisions while under stress. Time is always in short supply. Decide what to do and act. It may not be the perfect decision; there probably isn’t a perfect decision. Do something, now, and get ready for the next action necessary.

If you’re not thinking – prior to ever getting involved in a conflict, during the confrontation and afterwards too – all you’re doing is reacting to what’s happening to you. The more you think about defense, study and research your protection, the more you practice moving, communicating, using cover, shooting and practicing the proper mindset the less chance there is that you’ll actually have to use these skills. But when it does become necessary, the better your chances of winning. And when you think about it, victory is the only option.