The best mistake in the world is the one you avoid. That takes judgement. As the currently fashionable meme says "Good judgement comes from experience, and a lot of that comes from bad judgment." – (attributed to Will Rogers) 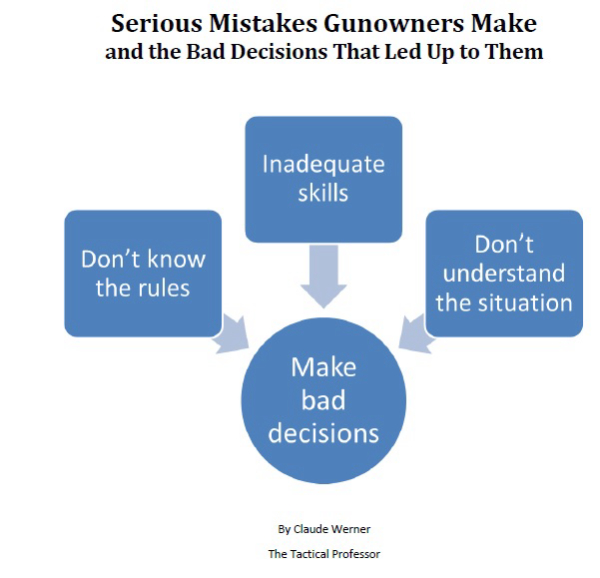 There’s another way and that’s to learn from the experience of others. Our Tactical Professor, Claude Werner, is quite taken with databases. This comes from his life experience and education. I’d asked him to do a series on “negative outcomes” – originally, I suppose, that was “bad shootings,” but there are so many other mistakes we can – and do – make that a more general term was required.

His negative outcomes research has become a book – Serious Mistakes Gunowners Make and the Bad Decisions That Led Up to Them. He categorizes these mishaps in terms of Legal Mistakes, Imprudent Mistakes and Mechanical Mistakes.

“In the course of my research, I also found numerous lists of ‘Concealed Carry Mistakes’ or similar subjects. However, what I noticed was that those lists mostly focused on what gunowners and carriers do that deviates from the dogma of the training industry. (Emphasis added.) What they didn’t do was to cite actual examples of how people had gotten into trouble with guns, the decisions that led to their predicament, and how to avoid them.”

That’s a stickier wicket. It’s not what I think about your gun, ammo, carry gear – or even how you employ them (or don’t). It’s the consequences of your selections, your actions, your decision making. He quotes world-class trainer John Farnam, ““The best way to win a gunfight is to be somewhere else” and “Who’s most likely to shoot you? You! Why? Because you and your gun are always there.” 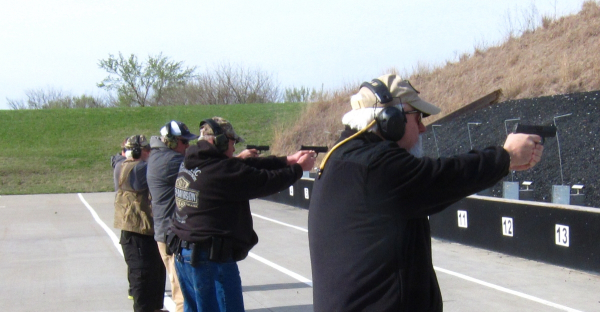 Line drills and paper targets are fine for gunhandling and marksmanship, but aren't helpful in terms of mindset and decision making.

It’s decision making that’s the problem; not which gun, which caliber, which holster – the serious concerns are more of mindset. How do you think? What is your attitude? This affects decision making. Wrong decisions lead to negative outcomes.

Owning a gun is a two-edged sword. We balance power with responsibility. I learned early on in my association with Massad Ayoob a confirmation of what I’d been taught as a child: with every advantage, privilege, right comes an equivalent responsibility. You own the decisions you make – and you pay for them.

If you have lots of power and there’s no one to hold you to account, you’re like the coastal and media elites. You have few or no “natural predators.” Or you may think you don’t. The concept of tyranny is power absent accountability. Similarly, if it’s all responsibility – duty – with little ability to exercise control, you’re unlikely to do anything at all.

Legal mistakes involve gunowning and firearms deployment leading to negative government sanctions. These not only include outright illegal acts but can include interventions into someone else’s troubles. Imprudence includes mistaken identity shootings, careless storage and poor decision making. Mechanical mistakes include the “unintentional hit” (we’d call that a “miss” on the range) or unintentionally firing the gun. 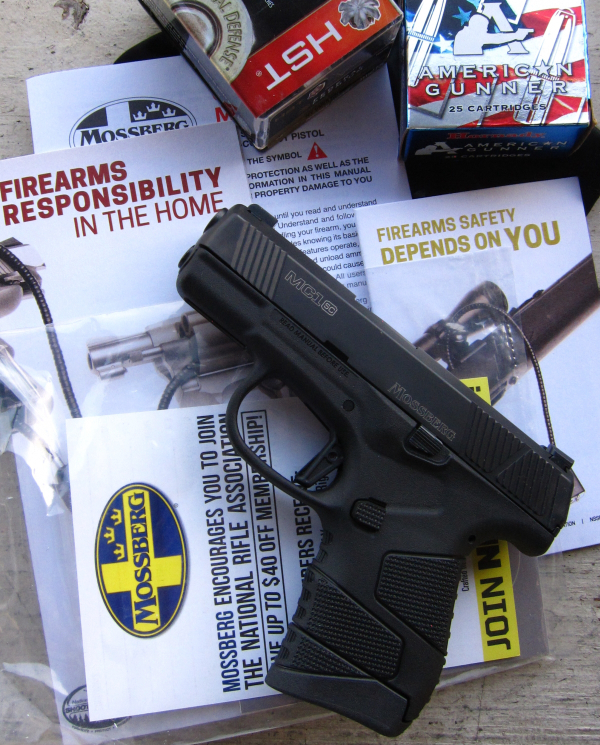 Lock it up! Rule 5: maintain control of your defensive hardware -- is critical to the safety of the owner as well as others. Note the "Firearms Responsibility in the Home" and Firearms Safety Depends on You" fliers provided by manufacturer Mossberg.

All of these can include a visit with the one who wears the black robe. They can also include self-inflicted injury, injuring people who aren’t due to be injured, getting shot by police and more.

To avoid these mistakes, a good many not covered in typical classes for concealed carry licensing, you need to read this book. Why make the mistake when someone else already has?

Learn from the mistakes of others.

If you think his database isn’t current, Claude even discusses the case of Michael Drejka in Florida – a very recent court case. And the cases include mistakes made by law enforcement officials. In this country, peace officers are civilians. They have added responsibilities over non-sworn citizens, but they’re otherwise the same. In fact, an officer from one state traveling into another state is considered by the federal Law Enforcement Officer Safety Act as being the same as a licensed-for-concealed-carry resident of that other state – and held to the same rules.

This isn’t a long book but it’s a complete work that should be required reading for anyone who owns a firearm. Rookies should be tested on it in academy – every cop becomes a gunowner or, at the least, a custodian of firearms.

Consider this: “Firearms need to be a thinking person’s tool, not merely a talisman kept in a dresser drawer. When they are necessary to prevent death or serious bodily injury, firearms are an absolute necessity. The rest of the time, we need to be constantly aware of the fact that they are potentially deadly instruments to be treated with utmost care and attention.”

Serious Mistakes is an owner’s manual for all firearms. Buy it. Read it.