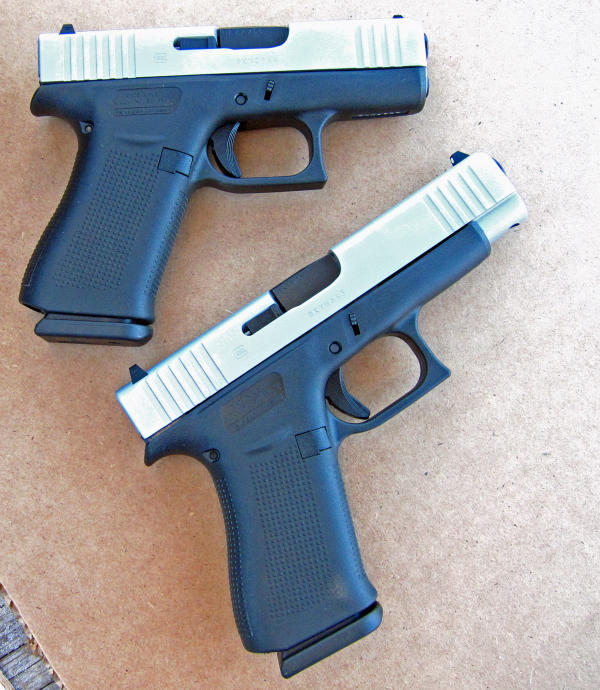 As you saw in yesterday’s Shooting Wire feature, GLOCK’s Slimline pistol product offerings now include 10-shot guns: the GLOCK 43X – with the short slide of the G43 – and the GLOCK 48, with a barrel and slide length more similar to the G19, but slimmer.

I’d only had one range trip with the guns before the first of the year. I noted that, from behind the gun, I couldn’t tell which one was being fired. So much for the longer sight radius and slightly heavier slide/barrel –

Others in media have the guns. Michael Bane reported that he was okay with his fifty yard drill using the new guns. On my latest range trip, I painted up the reduced USPSA steel silhouette (about 14” high by 11” wide, without the 4x4” head box). Standing at fifty yards, I loaded up with four rounds of Federal “Aluminum” 115 grain FMJ ammo in the G43X.

Why the shorter gun? Because I’d be more likely to be carrying it than the slightly longer G48.

My first trigger press was bad – I felt the miss – then I hammered the plate with the last three rounds. That’s in an area analogous to the “8” ring area of the ISU-scoring rings on the NRA B-27 police target. That gives one the maximum 5-points for the hit and what I strived for from fifty yards back in the 1980s when we issued the S&W M645 pistols.

This was from the subcompact slide over the ‘compact’ frame of the G43X. I felt pretty good about that.

It was close with the center of the heavier bullet load group printing just under an inch higher than the lighter bullet load. That’s less difference than I can hold at that range. 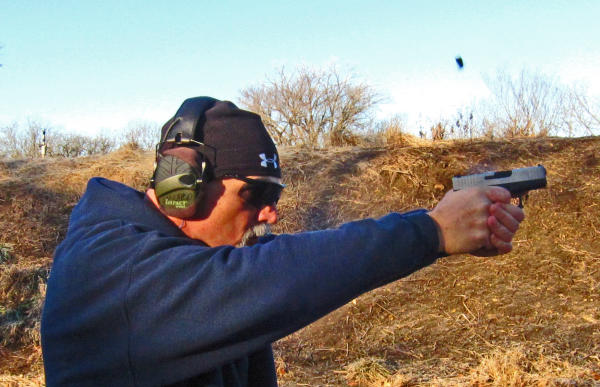 “Legendary Lawman Marshal” Chuck Haggard came out fresh from a tour of duty on his ‘regular’ job. He brought his personal G43, some ammo and a holster for the pintsized 9mm. The G43 is his “when I’m not armed” gun, performing duty when weight is at a premium or he’s on fatigue duty. The gun is worn in close concealment, often in a Dark Star Gear AIWB. It gets fouled with perspiration and lint – and gets detail stripped for maintenance more than his larger GLOCK pistols. As a GLOCK armorer, he’s very familiar with the operating system.

His gun is equipped with the Tau Development Group Striker Control Device, a replacement for the factory striker cover plate. Easily installed, it prevents the striker from being drawn to the rear when you place your thumb over the rear of the slide. This takes the worry out of reholstering; simply remove your finger from the trigger, place it in high register, put your thumb over the rear of the slide and holster as usual. If something fouls the trigger, you may feel the pressure from the SCD, affectionately known as the “Gadget.” Stop and reverse course but know that striker won’t come back into firing position until you take pressure off the SCD. 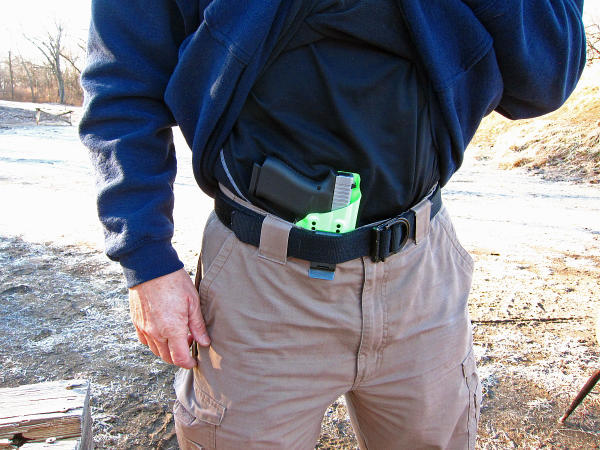 Both of the new guns fit into an AIWB holster by Dark Star Gear -- including the longer G48, which fit as if the holster had been custom made for it. Below, the Tau Development "Striker Control Device" for the GLOCK 43 fit and allowed function on both of the new Slimline guns. 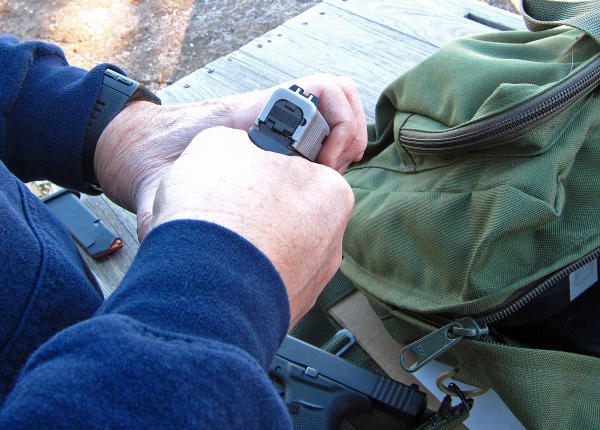 He wondered if the SCD from his G43 would work in the new guns; it does. He performed the function/safety checks and fired the guns with the device in place.

He worked from the Dark Star Gear holster – which seemed as if it was made for a custom fit to the longer gun as well as working well for the X-ray. Using Speer Lawman 115 grain FMJ and Federal American Eagle 124 grain ball, the guns chattered through the ammo without a stoppage. 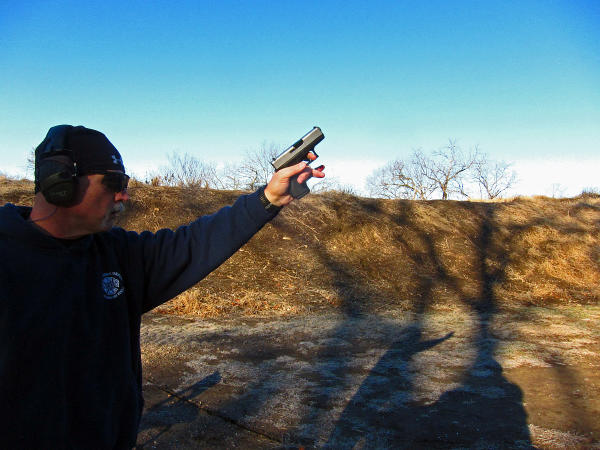 He did the “limp wrist” test, more of a feeb-grip test holding the gun with the middle finger only in his left (non-dominant) hand: no problems with feeding, extraction, ejection.

Chuck’s dismayed that his discretionary gun money for 2019 will soon be used on his own copies of the silver Slimlines. And no, he didn’t object to the slide finish. In fact, he noted – as I did – that it’s not so slick as the slides on the Gen5 G19/G17 pistols. That’s nice when you’re trying to run the slide.

Are these guns for everyone? Well, yes. Even in most neutered-magazine states, the G48 for Canadian buyers, the slim nature of the guns and the grip long enough to get control of, the G43X and G48 are great new options for the self-defense market.

And we’ll continue our testing, so we can keep you up-to-date on the new products for 2019.