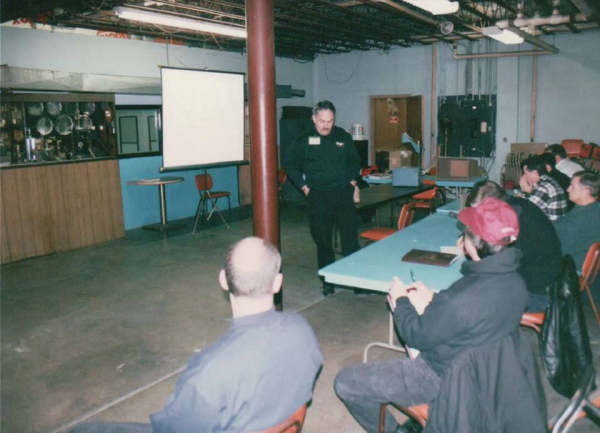 While everyone readily engages in yarns about gear, few seem to be ready to take classes about the aftermath of critical incidents. Winning the fight on the street is the first stage of the match; being ready for what happens afterwards is about health and an ability to explain your actions to investigators.

Lately, people have been on social media discussing what’s referred to as “range theatrics” and, strangely, the aftermath of a self-defense event. A lot is lost in these discussions and really requires some classroom time and some reading to sort out. Massad Ayoob’s company, Massad Ayoob Group, is one excellent source for this kind of training. There are other resources, online and in class rooms, if you’ll search them out. I began this kind of discussion while training in-service personnel and new hires at our agency, as well as briefing Criminal Justice majors at the local university.

One aspect that’s troublesome includes post-operational disturbances of the physical and psychological sort. There are potential problems that may have an impact on “the story” you tell – and your credibility.

A critical event of this type is, literally, a near-death experience. If you were compelled to use (or contemplate the use of) deadly force, it’s because you were facing an imminent threat of extinction. When suddenly confronted with your own impending mortality, a number of distortive cognitive effects can take place.

Not all of these things happen to everyone and there’s no intent here to program your response. It’s more a warning that these things can arise. Being aware of them is smart money; failure to appreciate the potential perceptual distortion that can arise due to the body alarm reaction can lead to disbelief by investigators and triers of the fact.

Knowing the problem exists means you can mitigate it – legitimately.

One reported perceptual distortion is one of the perception of time. Called “tachypsychia” – the “speed of the mind” – it is reported in a couple of ways. One often heard tale is “everything went into slow motion. It’s as if I couldn’t move fast enough to prevent getting shot.”

You’re actually moving faster than you’ve ever moved. If you survive the experience, you may well feel the muscular and joint pain associated with “going from zero to 60 in 9 seconds” over the next few days.

It seems that some interviewees who experience the time slow-down effect reported that they could see things were going down the wrong path; there wasn’t real surprise that there was about to be a fight. There may have been surprise that the offender was armed, but this effect doesn’t seem to be the home of the ‘unprepared.’ 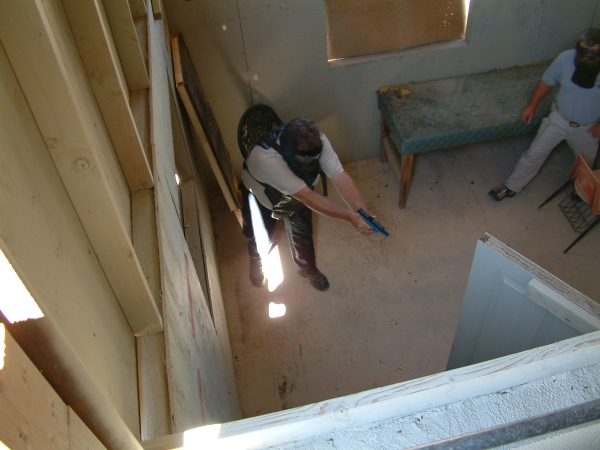 One way to prepare is force-on-force training. Competently done, you receive an admittedly weakened dose of the stress of deadly force encounters to build up your mental/physical 'immune system' for the real thing -- especially if you have to write reports after each scenario. Above, the excellent indoor simulators at Gunsite provide that service. Below, a roleplayer is prepared for a rookie-school car stop simulation. 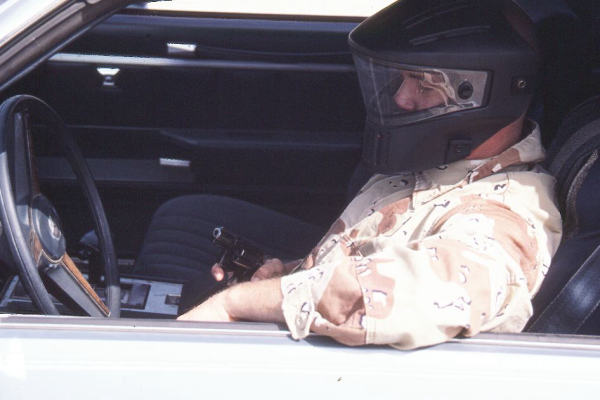 That seems to happen in the opposite extreme: “It happened so fast! One moment, he was yelling and acting crazy and the next thing I know, he had knocked me down and was over me, sticking me with the knife.”

It’s the “I didn’t even realize I was going to be attacked” moment. And, in a real-world, 360° environment, with other people and other distractions, it’s not a hit on the victim that he or she was taken unprepared. There’s a lot to keep track of.

This time distortion tends to be a visual phenomenon. The aural analog is auditory exclusion. This takes a number of forms. You don’t hear shouted warnings. Your gun sounds impotent – like a popgun or a squib while your opponent's weapon sounds like a cannon. Some victim officers reported that they saw the other gun fire – could see sparks, some smoke – and didn’t hear a sound. Why would that be?

Because the brain, having detected the sounds of gunshots in the past, didn’t have the need to fill in that information. It took cognitive resources from that receptor and moved them elsewhere.

The “tunnel vision” that some focus on in the range-world “scan” after shooting is actually an instinctive focus on the threat. It’s truly instinctive, a survival mechanism. The problem that focus phenomenon fails to address is flanking assaults and other potential victims wandering into the middle of the battle. It also can create a perceived increase in visual acuity, seen in some reports as “I could see the hollow-points of the bullets in the chamber of his revolver.” In the same reports, you’ll see the officer didn’t notice a pedestrian twenty feet behind and to the side of the attacker.

Hence “tunnel vision.” Some report the severity such that there appeared a darkened ring or a loss of peripheral focus around the threat.

Finally, there’s cognitive dissonance, not the kind that the current ‘blue checks’ allege on Twitter, but a cascade of information that jumbles the re-telling of the tale. This can present – and often does – as recalling the individual events of the encounter in a different order from which they happened.

Have you ever processed a drunk driver, got all the arrest, seizure, chem testing, booking and ID completed, then sit down to write a report … and find that you got some part of the process out of order?

It happened to me. In the era of the word processing computer, that was no big deal. When we hand-wrote or dictated reports, it was a big deal. “Oh, yeah – I better put that in or it’ll look like I didn’t have cause to arrest.”

Well, that happens in critical incident reporting/interviews too. It’s real and it should be expected.

Cognitive dissonance can also appear as an apparent over-concern with a trivial matter that occurred during a critical incident. The story often told is of an officer who’d been in a fight for his life that ended with the death of his attacker. The officer, shaken and injured, looked down and touched the knee of the rather expensive uniform trousers which had been ripped in the fight.

“Damn,” he was reported to have said. “It’s hard enough to get uniforms out of this outfit and now I lost another pair of pants.”

To say that while standing in proximity of the corpse of the person you had to kill so you could stay alive could be – and likely will be – repeated in a way to make you appear a callous SOB.

These psycho-physiological changes affect your perception of the event – but don’t affect the crime scene. The apparent inconsistencies they create can affect your credibility throughout the phases of investigation.

Remember the phases of “second-guessing” if you are part of a police agency:

Knowing how your mind and body works and how that function can affect your report of the incident is just another phase of “winning the fight.”