As of this week, it’s been 45 years since I entered law enforcement. Among the earliest lessons were those hard-won lessons paid for by those who got killed or crippled on the job. Something that stuck with me was this: it’s not the individual technique applied over-and-over that saves the day.

It’s the thinking behind the technique.

A major consideration is one’s approach to every situation. Stealth is a good thing, often the winning thing and it can be amplified by a diverting action – something to make the (potential) offender(s) look the other way.

This came to mind as a user of social media recently posted a video of a robbery of an apparent retail shipping location. An open-front venue, it could well have been in another country. I don’t know as I watched the action without the sound on. 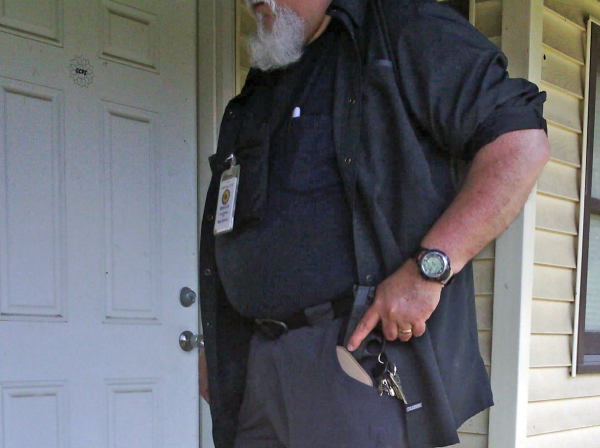 The slow, clandestine draw can be a gamechanger in tense, uncertain situations. An article by Tamara Keel mentioned "talking your way to the holster ..." - "Hey, man, don't shoot ... I have the money right here ..."

A customer was at the counter, an employee was preparing his package for shipping. Another customer, an older gent, was away from the counter as he waited his turn. A robbery crew, one in the lead doing the approach with a pair to back him up – and presumably another outside – entered. The action was quick as the lead robber pushed the customer aside to threaten the clerk.

That customer slowly, quietly, drew a sidearm from the side opposite the robbery team. As the lead robber threatened the clerk, motioning with the gun, the customer coolly shot the offender through the head.

From there it was bedlam. Ever hear that “when a shot’s fired, people start moving?”

The shooter followed him down with the muzzle, shooting again at least once. The clerk had vanished, the other customer fell down and, dropping his package, held his ears … too late.

The backups? They were nowhere to be seen, having rapidly evacuated the scene. This is not an atypical response – but you can’t bank on it.

I don’t know the history of the video, where it happened or any details other than a commenter’s guess that the shooter was off-duty police.

It could be. Otherwise, I’m not sure why he commenced shooting. 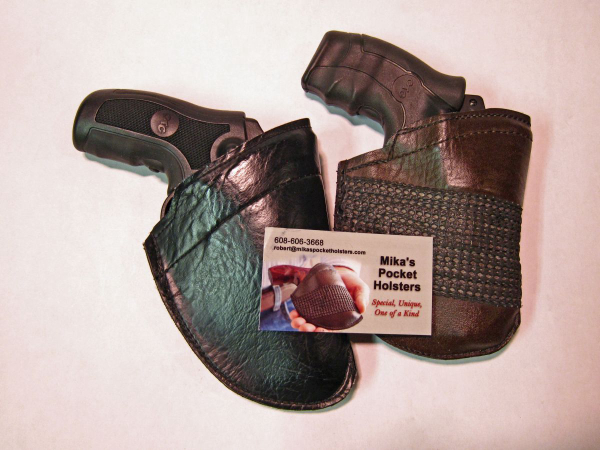 A good many pocket holsters, these from Bob Mika, LAPD (retired), facilitate silent access. Below, Mika's IWB may not be the best choice for reholstering after the event, but it's certainly a champ for the silent, hidden draw. 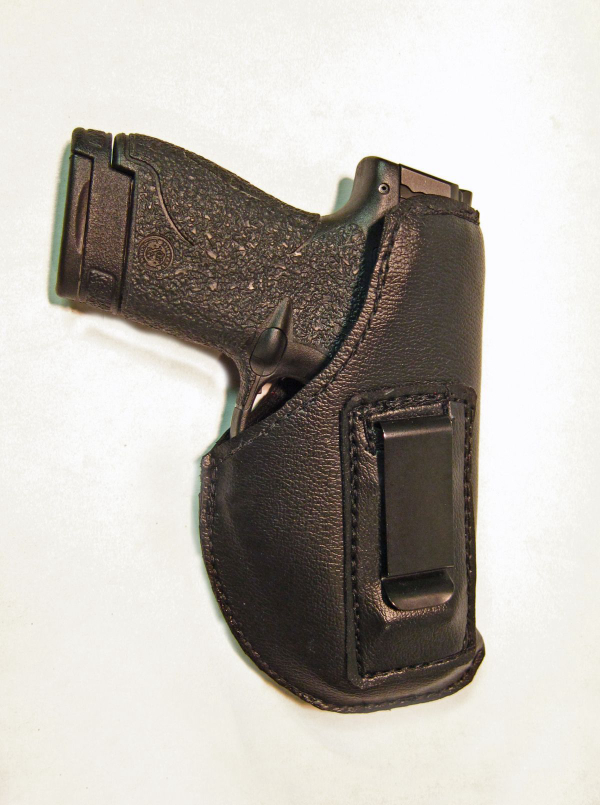 The surreptitious draw is a real thing, not often discussed in the circles in which I traveled and on the social media I see. It’s clearly not unheard of as I found four source materials without any real effort.

I saw one video, this from Brazil, where a coffee shop was robbed. The offenders, a male and female team, took the off-duty’s phone and backpack (good thing he didn’t practice off-body carry). They then stacked up on the clerk, getting the register open and digging for cash. While they were busy, our hero came up, fired, induced a stoppage, attempted to clear it and then ran away.

One of the suspects, the woman, tried to help the other get away – but his condition didn’t allow it. The website noted that he passed at the scene.

How does one do a surreptitious draw? To start with, don’t get in a hurry. You get access to the gun slowly. Rapid movement draws attention. Slow movement is often not noticed. Having an intervening barrier (counter, display) further assists in avoiding notice. 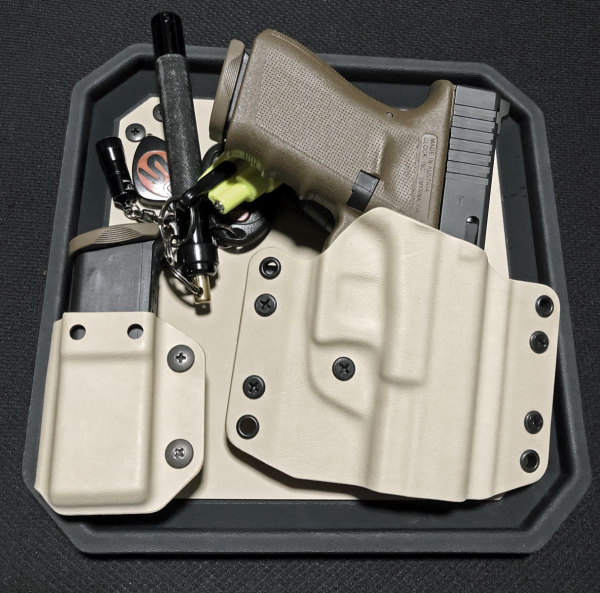 While all the rage, Kydex is not known for its silent delivery of the pistol to the hand. A slow pressure could minimize the distinctive sound of the draw, but be quick to the hit should that become necessary. Gear from Blackhawk's custom line.

While the crew is busy doing something else, you have time to assess (“CAN I? – SHOULD I?”), while you slowly get the gun. The loud “clack” of a kydex holster is contraindicated for such use – but they may not notice it if you slowly pull the pistol clear of the holster.

Once it’s time to move and you’re committed, time is of the essence, consistent with good accuracy. While people decry square range practice, the practical aspect is knowing what you can do 100% when there are no intervening variables – and what you’re less able to do perfectly.

It’s not just stealth but smarts. Knowing how to think gives you your best chance to fight – and to avoid a fight – another day.