As a member of the Armed Citizens’ Legal Defense Network, I’m notified when the monthly online Journal is published. In this month’s edition, Network President Marty Hayes answers a member question regarding training by listing the categories of training needed. He then explains his take on the first type of training with a promise to follow up in March and in April on the other two elements.

Why three elements of training? My take is that there are cognitive skills, basic and continuing education aspects and physical skills training elements. I took particular note of that because a trend I’ve noticed on social media is one of people talking past each other.

If you want to see what Marty thinks about the primarily physical skills in marksmanship and gun handling, see his comments here. I won’t repeat that material, it stands on its own.

I will explain my similar perspective by listing his training elements and contrasting them to mine. 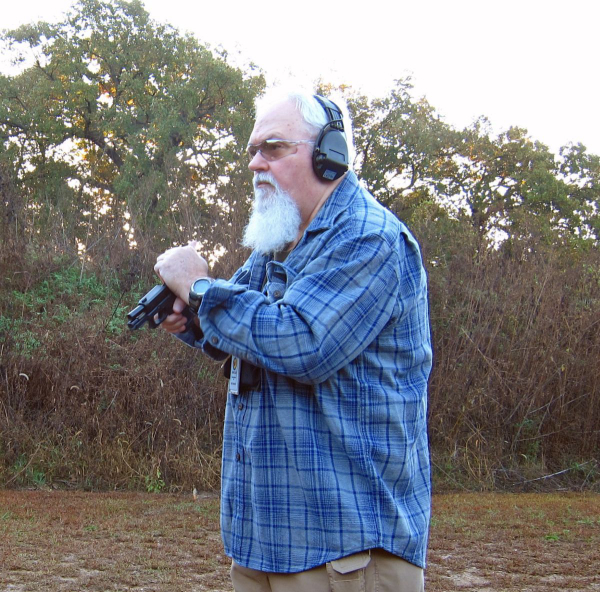 Physical skills include gunhandling -- and safety. The gun being returned to battery post-reload (above) features a muzzle in the safest available direction. Below, if your training film features this image (below), then safety isn't foremost on your mind. (Screen cap from an old federal training film. 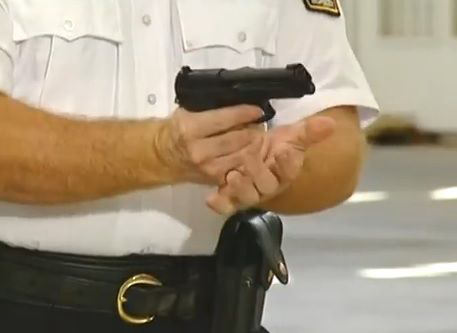 Marty lists gun safety and marksmanship, tactical training, and legal training. That’s not bad. I put basic and continuing education as the “talk-talk” part of motor skills, demonstration and discussion of tactical aspects of the problem and, particularly, the legal component. The legal component, for me, goes beyond liability and addresses an ethical and moral approach to uses of force in personal protection. It’s strong on statute, short on case law but solid on case studies.

As to tactics, that includes an education aspect and examinations of mental rehearsal and anticipation of danger. It also should include physical practice and demonstration. From the simple – approach tactics, working corners and working doors, staying behind the lights, being predictably unpredictable – to the complex – including interactive role-play/force-on-force and report-writing, “appearances in court/before a grand jury,” it’s a broad field.

As an example, check the reasoning on this blogpost. It’s dead-on and it’s an example of essential tactics.

Tactical training is complex to set up and administer -- and it pays huge dividends. Include video simulators in this segment as well; with scenarios, it’s beyond target solutions and gun handling and well into explaining your reasoning for your force decisions. 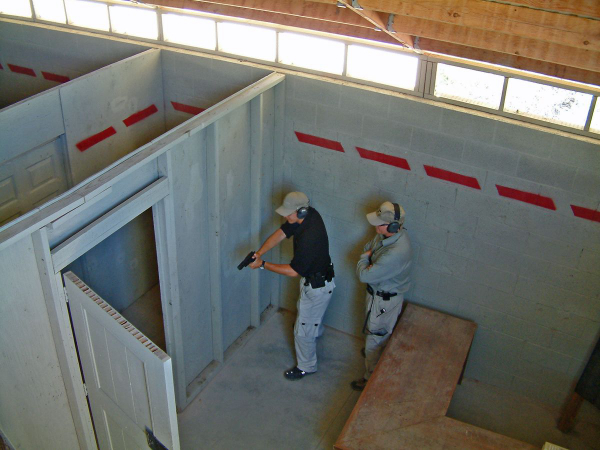 A blend of cognitive skills and education aspects that relates to tactics is post-shooting procedures. It requires mental rehearsal – because you often can’t practice “what to do when your ears are still ringing” until the event actually happens or you’re in interactive role-play. For an example of the education aspect – lecture – see this offering thoughtfully provided by Wilson Combat.

I’m putting motor skills last – not because it’s the right place to be, but because it’s the part that bothers me the most in the context of social media discussions. It seems that when someone works on their personal skill at arms and reports their results on social media, we get the inevitable flood of “gunfights never happen at that distance” and “this isn’t as important as force-on-force.” These and other statements establish that the commentators are missing the point and are implying that you’re wasting your time.

It seems to me that basic firearms education and skill development is critical to being able to fight using guns – minimizing the chance of tragic consequences. 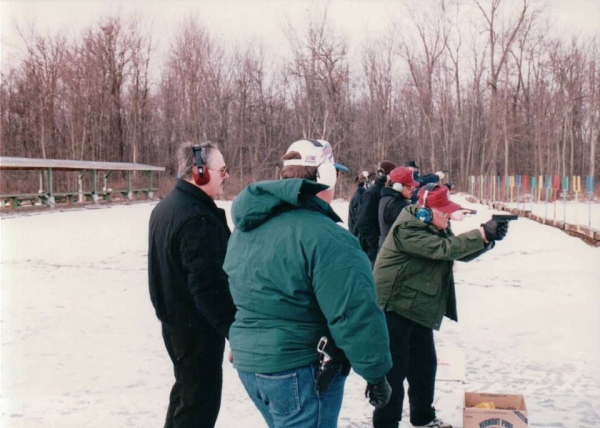 A miss on the street, it’s said, amounts to an unintentional hit on something – or someone. Inducing a malfunction in the heat of the fight, something that’s not unheard of, doesn’t have to end your time on Earth. It may, but adequate preparation for the likelihood is a great comfort.

As to marksmanship, it’s less distance than the size of the available/stationary or slowest part of the target. As to time, it’s not “speed” you need, it’s deliberation.

If you’re barely crawling, attempting to run is a silly waste of time. Get spun up on abilities and skills. Refine them in the pressure cooker of tactical training.

That will pay dividends.