Skill Set: The Cost of Training 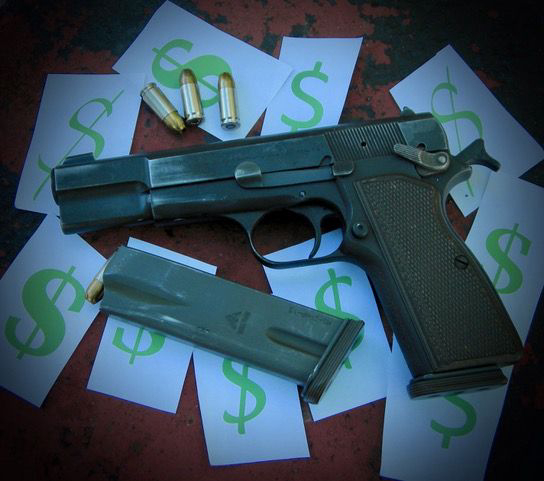 Recently a gentleman contacted me about training. In response to the details and pricing he accused me of being a “crook,” and he told me that he “refused to be ripped off.” “Someone,” he wrote, “should put you in prison for robbery.” Not sure what I’m guilty of. His response - although rude - was amusing. It also prompted me to do some research on the cost of firearms training.

Pretty much everything you need to do in order to use a firearm safely and efficiently is counter to our “natural” instincts. When picking up a firearm, the unlearned will place their finger on the trigger; that’s where it feels “right.” None of us are programmed to shoot accurately. The aim, hold, press and follow-through is only learned after many repetitions. Instinct tells you to suck in tight to cover; in reality, you want to create distance from the object being used for protection. You’re going to have to invest time and money into training, especially for defensive principles and skills.

Two of the top facilities for defensive training are Thunder Ranch, in Oregon, and Gunsite in Arizona. Tuition at Thunder Ranch for their three-day “Defensive Handgun” class is $1200. Thunder Ranch uses lead-free ammunition, which you can purchase from Sinter Fire. You’ll need 1000 rounds, which currently is listed at $532. Gunsite’s “250 Pistol,” their entry level defensive class is five days, with a cost of $1820. A thousand rounds on site costs $550.

I also checked with Tom Givens of Range Master, who is a great instructor that teaches in various locations. His two-day “Combative Pistol” class costs $495, and you’ll run through five to six hundred rounds. For something local and closer to home I checked the website of Bullet & Barrel, a firearms facility in Huntsville, Alabama. They provide a variety of courses, and have a three-hour defensive class which costs $120 and requires 150 rounds of ammunition.

In addition to tuition and ammunition costs – assuming you already have firearms and related gear – you’ll need to factor in travel costs, food and lodging, the price of time away from home and possibly hours lost from your job.

About this time some of you are asking, “Is training worth all this?” Yes, it’s expensive, both time wise and financially. And after training, you’ll need plenty of practice, which is when the real learning occurs.

But, if you’re going to have a firearm in anticipation of using it for defense, training and practice are mandatory. Think of it as insurance. It’s affordable “health” insurance, and provides the ability to defend yourself, family or friends against a violent attack. We also know that learning defensive principles and skills actually reduces your chances of even being involved in a violent confrontation. Should you need to apply these against an attacker there’s less chance of making mistakes and acting in an irresponsible manner that makes you the “bad guy.”

Yes, training is costly, but once you consider the horrible alternatives to not getting instruction, you’ll see it’s a wise investment.

Tiger McKee is director of Shootrite Firearms Academy. He is the author of The Book of Two Guns, AR-15 Skills and Drills, has a regular column in American Handgunner and makes some cool knives and custom revolvers.