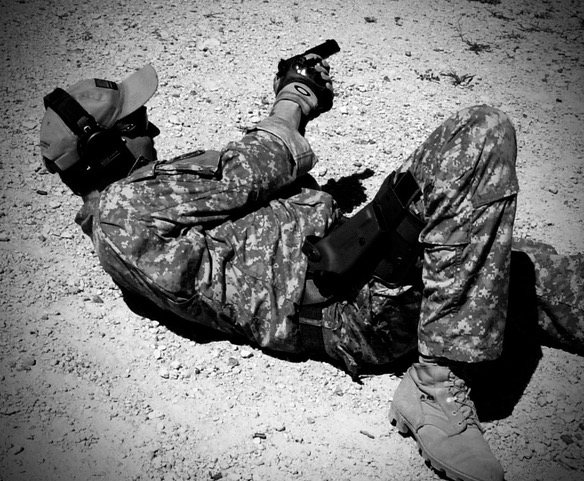 One of the biggest problems when learning a new skill, or attempting to modify an existing skill – which is even more difficult – is the brain. The brain spools up much quicker than you can physically perform. The technique you’re working on has five steps. Physically, you’re on step 2. The mind has already cycled through the five steps; it’s saying, “Speed up, you’re way behind.” You go faster, things fall apart and it’s a poor performance. But, there is hope in the form of verbalization.

When learning a new skill, all the emphasis is on the conscious mind. You have to think about each step involved. Eventually, with proper repetition, the subconscious takes over to execute the task. But, that’s only with “proper repetition.” At every level of training and practice it’s important to ensure that each repetition is correct. Mistakes are detrimental to both learning and application. It varies by who you read and study, and certainly on the individual, but it’s generally accepted each “mistake” requires fifty proper actions to push the bad one out of the way. If you’re not doing it right, you’d be better off not doing it at all. In a fight, each mistake is a window of opportunity for the threat.

Our goal when training, practicing and fighting is to perform at a speed that greatly reduces the chances of making a mistake. In other words, you have to slow down – which is the thing I say most during classes. Slowing down is hard to do. Again, the brain – which isn’t limited by the laws of physics and time - outpaces the body. The best way to slow the brain down to a speed the body can physically perform is to verbalize each step of the action.

Saying each step of the sequence out loud, verbalizing the action, forces the brain to slow down. You can’t speak as fast as you can think, so, the brain is forced to slow down to the speed of your speech. Plus, verbalization helps imprint the sequence into memory.

Nowadays I teach small classes – one to three or four students. I enjoy the slow pace, the interaction with the students and the progress they make. Sooner or later in the class, regardless of the skill level of the students, verbalization comes into the training. Once students begin to “talk” their way through drills I start to see major progress. The more they talk, the slower the performance and the fewer mistakes occur. Their confidence improves, which is critical because your performance is always equal to your self-image. A positive self-image – confidence -- is mandatory for a good performance.

The only two things you can control in a fight is what you do and the speed at which you perform. This self-control must be developed on the range. In the beginning verbalization helps slow you down. Eventually, you stop saying each step out loud, but you’re still thinking through the sequence. After plenty of proper repetitions the sequence is shifted to the subconscious mind. This creates efficiency, improves your performance, and most importantly frees up the conscious mind to evaluate and make decisions. After all, fighting is decision making at high speed. But first, you have to go slow, step by step. Verbalization is the key.