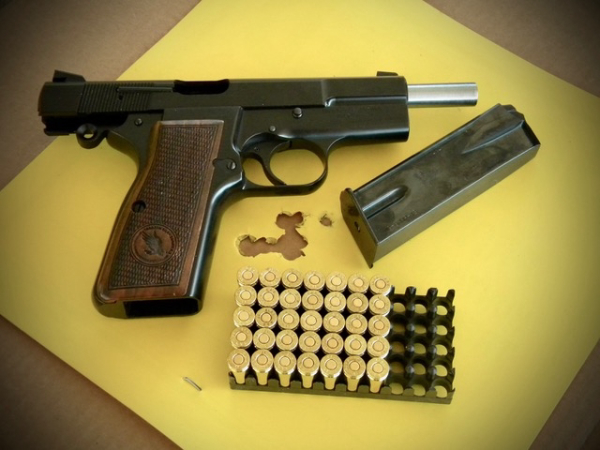 The past couple weeks we’ve been reviewing some of the older works on shooting. A common thread among all of them is the necessity of slowing down and learning the fundamentals before ever trying to get fancy. In today’s world everyone is all about instant gratification. They see others shooting fast – high speed low drag blasting – and that’s what they want to mimic. The key to being able to perform well, and efficiently, is about getting the fundamentals squared away.

When reading older works on firearms use one thing stands out: Plenty of practice prior to ever firing a shot. They may have different opinions on the exact techniques used to achieve the desired results. But, the one thing they all agree on is focusing on the fundamentals – hours of practice.

Most of these older shooters strongly recommend dry-practice. Like a lot of dry practice before ever firing a live round – as in weeks of daily practice, without firing a shot. When most people start shooting they get all wrapped up in things like recoil, which leads to recoil anticipation and pulling shots off target. Or they’ll shoot, then immediately look to see where the hit went, which usually isn’t where it should be because they anticipated the recoil and jerked or slapped the trigger as opposed to a smooth presssssss….

The ugly fact is they never learned how to smoothly press the trigger, which is what the old guys tell us is the secret to shooting accurately. With sufficient dry-practice you learn what the trigger action should feel like. There’s an even press without disrupting the sight picture. There’s no nasty recoil anticipation developing. It’s total focus on holding the sight picture as steady as possible while applying constant, smooth pressure to the trigger.

When it is time to transition to live fire most of the older guys recommend shooting without a target. Again, you’re trying to discover how the trigger feels, plus adding follow-through – recovering from the recoil, reacquiring the sight picture and resetting the trigger in anticipation of having to fire again. Follow-through is also an essential part of marksmanship. Once you put a target out there, people tend to watch the sights, and then when the arc of movement puts the sights dead center they jerk the trigger, attempting to fire the shot during that split second that the sights are perfectly aligned. Any time you go, “I’m going to shoot now!” you’re not going to be happy with the results. Shooting accurately is all about trigger manipulation. Shooting without a target, without worry about where exactly the bullet is going will allow one to develop the feel for firing a shot.

After, and only after, you’ve developed a strong understanding of the fundamentals, and can apply them with boring regularity should one begin thinking about firing multiple shots in one string, or engaging multiple or moving targets. Following this course of practice will help you achieve the desire results.

In the “old” days they say, everything was slower paced. When it comes to developing your firearm skills - regardless of the application - slow, methodical practice is the key to progress. Sometimes old, slow and predictable are still the best.