Let’s start with the last topic first, an error. When you saw my ground-breaking (/sarcasm) piece on micro-calibers, you may well have gotten confused. You may have been confused due to terminology and, perhaps, due to an error on my part . . .

I received a call concerning that very subject. Apparently a reader had posted on the internet that he was confused about the caliber of the S&W M351PD. I compounded the problem when I proudly noted that I was “ . . . (u)sing the new ‘milk carton’ packaged CCI Mini-Mags . . . “ I later cleaned it up when I mentioned “there actually is recoil generated in the ca. 11 ounce revolver with 40 grain Maxi-Mags.” 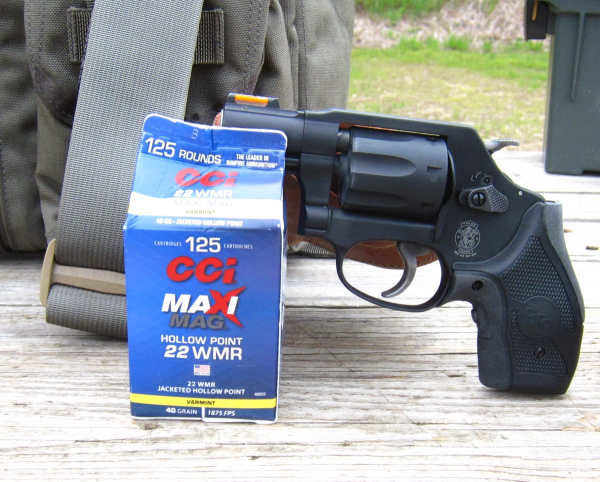 The CCI round in question – a 22 Magnum – is the Maxi-Mag. “Rented fingers” or “crossed wires.” I’m rejecting “old age,” but it’s not rejecting me.

As to terminology, what about the 22 Mag? Well, depends on who you ask, who you read – and from what era in history you read. It looks like I covered the whole earth in restating the nomenclature, not a good plan when attempting to communicate – which is my job.

The cartridge in question, .22 Winchester Magnum Rimfire, is also known as the .22 WMR, .22 Magnum, .22 WMRF, .22 MRF, or .22 Mag – proving that shooting jargon is an obstruction between practitioners of varying experience levels. As noted when discussing two nations, "England and America are two countries separated by a common language" – attributed to George Bernard Shaw, it seems technical jargon accomplishes a similar separation.

When talking about micro-guns and micro calibers, a relevant question could be ‘how quickly can you get accurate hits with a cluster of shots fired?’ It’s a range thing primarily – most of have concluded that a single hit from a conventional handgun may not allow a break in contact (our objective) as often as we’d like, so more rounds are necessary. But going ‘faster’ hits a hard wall when you’re on the street and your sub-.20 second split time results in a “miss.”

On the street, a “miss” becomes an “unintentional hit” – that is, a hit on someone who really didn’t need shooting. That’s an ethical issue and it will likely become a legal issue. But knowing how fast you can accurately shoot is a right handy bit of information. 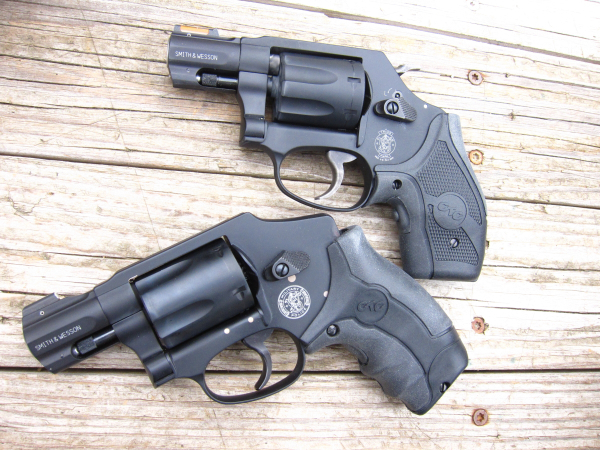 Above, the two current samples with cushioned laser-aimer stocks installed: M&P340 under the S&W M351PD. Below, the standard out-of-the-box S&W M43C. 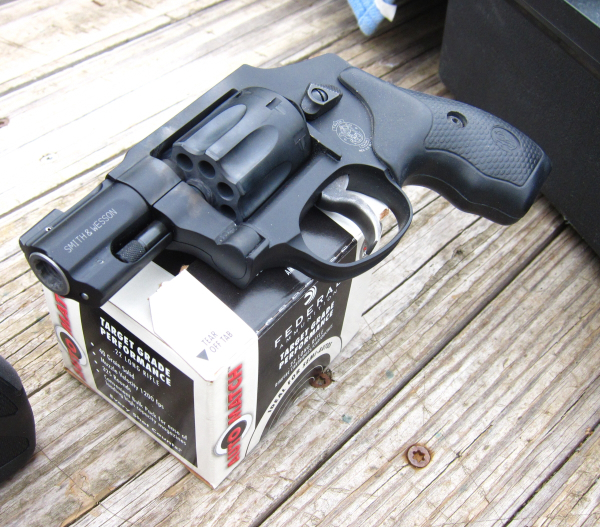 This led to some cadence drills with the ultra-light revolvers in question – to which I added one in an even lighter caliber. The modifications on the original pair include installing the Crimson Trace LG-405 on the M&P 340 and the Crimson Trace LG-350 to the M351PD. The 22 Long Rifle chambered M43c was unchanged from factory stock (a little ‘boot grip’). The Lasergrips are a little bigger, enhancing handling. I had them shut off during the exercise, preferring to work through the sights belonging on the handguns.

What’s a “good” split time? Well, assuming all hits, operational speed should hover between 1/3 and ½ second to allow evaluation of the threat (is he still standing/shooting/rapidly approaching?). Shooting the old video/computer simulator known as the Firearms Training System (FATS), we often saw shots fired after the threat dropped out of line – creating that ugly “miss” situation.

Just to see where I was, I fired a single into the headbox of a USPSA target in .84 second from low ready. 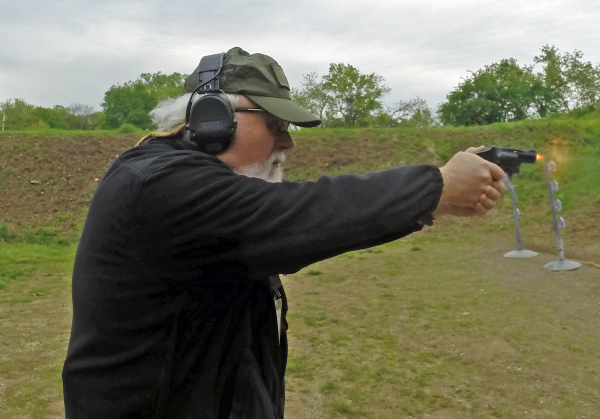 I elected to try the S&W Model 43C, using Federal “AutoMatch” in 22LR firing eight rounds instead of five. The total time was 2.99, (7/8 rounds fired, one fail to ignite) with .28 second splits. There were five hits in the “9” ring at 12 o’clock, 2 bullets in one hole. The group was high and trending left.

What can I conclude? The speed between shots was very close from 22 Mag to 38 Special. The M&P340 is heavier and the CT stock has more “cushion” in the LG-405 variant than the LG-350 on the 22 Mag. While the times were close, the precision on the 351PD was better. Differences beyond recovery due to increased recoil include the sights, stocks and the trigger press. Surprisingly the trigger on the rimfire 22 Magnum is obviously better than the M&P340. While the M&P340 is improving, it’s not as good as the PD was out of the box.

The M43C in 22 LR was .02-.05 second faster – not nearly enough time to matter – and was quite precise for the first 4-6 rounds out of the gun. Maintaining the grip over an eight-round string (11 ounce gun and ca. 12 pound trigger) will take some training. The little ‘boot’ style grip on the 43C, while good for concealment, isn’t that good for shooting. That said, the results were fair. I was tending high with the little gun, partly a function of sights, partly a function of user error.

You can go faster with a semi-auto? Sure you can. Is it fast enough to matter in a fight?

That’s another question. The only relevant round is the one that hits well; if you shoot faster than you can hit, you’re an ethical and legal liability on the street. How fast can you shoot and still keep all hits in the center of the target?

Remember, on the street, a “D” zone hit would be a miss; “C” and inside are all that count in the world due to movement, barriers and other variables. If you’ve never been hunting, you don’t know how much the target has to do with your success.

You don’t know what you can do until you actually try it and the range can be a safe place to go for speed (if range rules allow). It’s commonly accepted that working hard in practice and training - -the range or the gym – can lead to being more than up to the task on the street. There’s something to that.