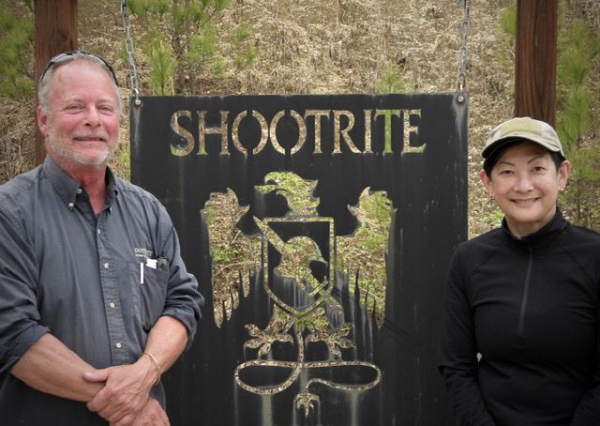 This week I got the opportunity to meet with one of the greats in the firearms industry. Il Ling New was in north Alabama teaching a Scout Rifle class at the CMP range in Anniston and found time to come by, sit and talk for a while. Although she shouldn’t need it – considering her accomplishments in the firearms world – this also created the chance to introduce Il Ling to readers of the Wire.

Il Ling grew up shooting; as a teenager she worked for her father’s outfitting service. At 17 she received her first guide license, and was the first female captain of Yale University’s skeet and trap team. “My father encouraged me to be a well-rounded person,” she explained. “He taught me how to safely ride a horse and motorcycle, how to shoot and hunt.” She’s worked as a professional guide, has hunted game across the world and is renowned for her ability to prepare hunters for their action in the field.

In 2012 Il Ling was inducted into the California Outdoors Hall of Fame, receiving more votes than any of those honored that year. Considering California is the center of sports, this is high praise. She was elected to the NRA Board of Directors in 2018. On top of all this, she’s an instructor at Gunsite, where she teaches defensive classes for handguns, rifle and shotguns, plus hunting courses and wingshooting.

Her first professional training in defensive use of firearms was in 1981. “My parents understood ‘defense,’” she told me, and encouraged her to get handgun training. She went to Gunsite for her first class – a 250 Handgun course. “A few months later,” she added, “I went back to Gunsite for a rifle class.” As a marketing executive travelling the world, she credits training at Gunsite with helping her avoid danger – even in places where she couldn’t be armed. 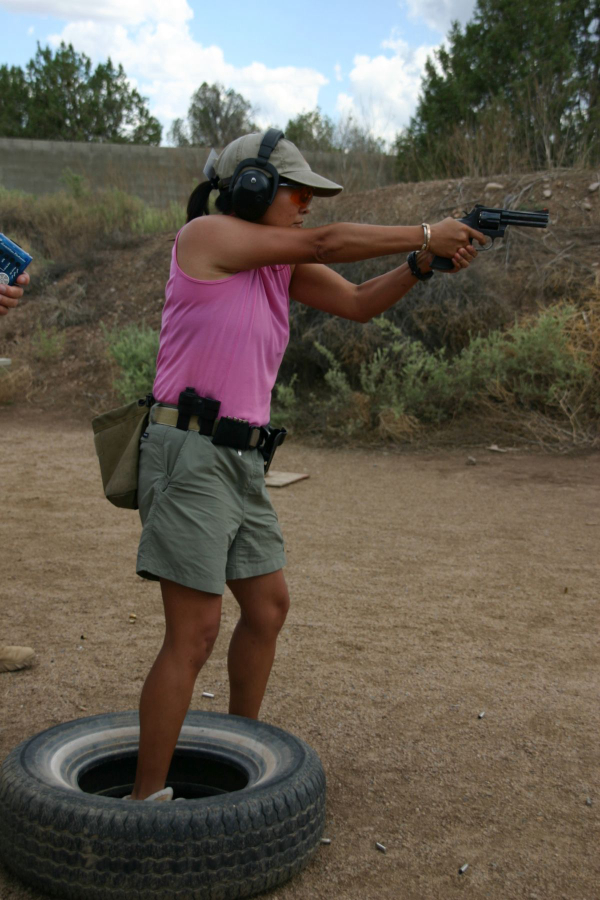 Jeff Cooper took an interest in Il Ling’s training, and in 2000 she became a full-fledged instructor at Gunsite. Even now, when she speaks about those times you can tell that Gunsite and Cooper hold special places in her heart. “Life lessons,” she said, “come from places like Gunsite.” She even met her husband there, when he was attending classes.

When I asked what inspired her to become a firearms instructor she paused. “Everybody should know how to safely use firearms.” Then she quickly added that she was motivated and encouraged by great teachers. “Their influences led me to teaching people to defend themselves.” And this is where she has truly shined. Her message to others? “If I can do it,” she told me – being a petite woman – “you can do it, too.”

If this is your introduction to Il Ling then go onto the ‘net and search out her writings and video. Should you ever get the chance to train with her I’d highly recommend the experience. And if you know someone who questions their abilities when it comes to firearms, Il Ling is a great role model to steer them towards.