Like most shooters in their youth, every action I undertook on the training range was about speed … fast on the draw, fast trigger action, fast reloads, fast manipulations … sound familiar? Yes, it probably does, as most of us could not help ourselves when we are/were young, we want to go FAST…it seems to be the natural order of things, but is it wise? After all, is not the goal of shooting to hit -- not hope we hit? 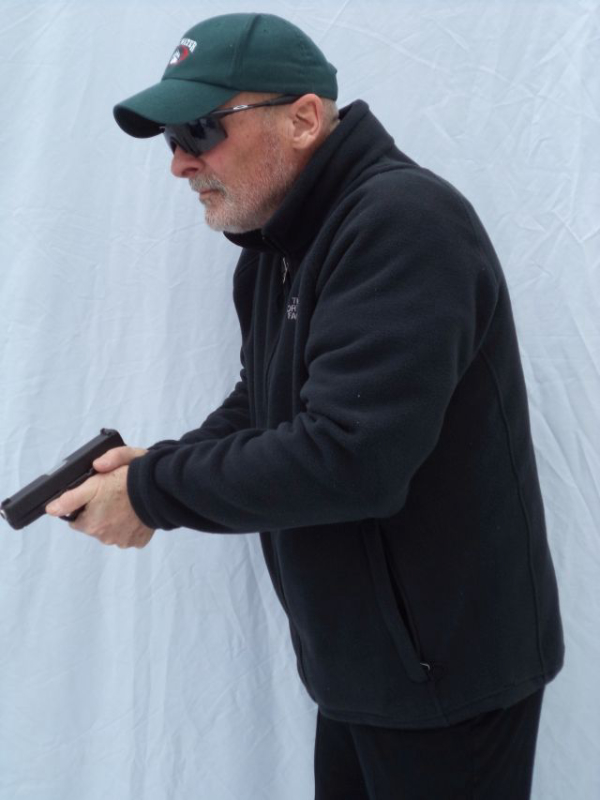 Bat Masterson was once quoted as saying the three priorities of gunfighting were (in this order) 1. Deliberation 2. Accuracy 3. Speed. His good friend and fellow Dodge City Deputy Marshal Wyatt Earp was quoted as saying “the secret to winning a gunfight is taking your time in a hurry” and “the most important lesson I learned from those proficient gunfighters was the winner of gun play usually was the man who took his time.” Could not “taking your time” be viewed as a deliberate act, something one has to make happen? Earp went on to clarify his statement, saying “Perhaps I can best describe such taking time as going into action with the greatest speed of which a man’s muscles are capable, but mentally unflustered by an urge to hurry or the need for complicated nervous muscular actions which trick-shooting involves. Mentally deliberate, but muscularly faster than thought is what I mean”. 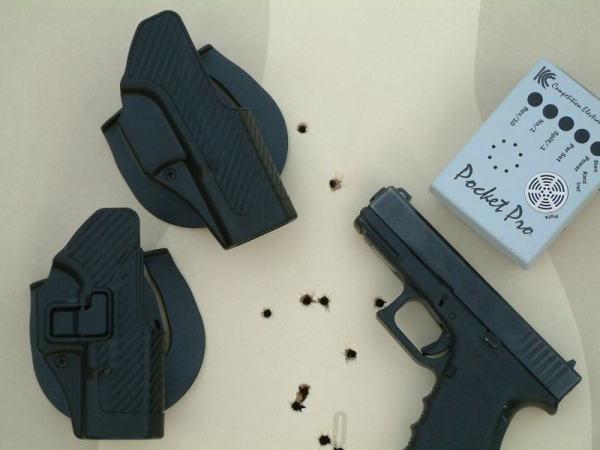 Is speed important? Sure. But we should not let the electronic timer become our “master”, something I have seen continually over the decades. The history … over several centuries … has shown combative pistolcraft occurs close and fast, a few seconds in most cases, but at the same time it is accurate fire that ends the fight. (Unless, of course, the attacker just gives up which does happen … if only we could create a methodology to ensure this!) What is accurate? In my mind, after many years of research, its multiple hits in a short time frame to vital areas of the body, areas defined as the high chest (approximately a 6” x 6” rectangle just below the neck to include the heart, aorta, major blood vessels and spinal column), neck and head. I discussed the pelvic girdle in a previous blog which resulted in some “lively” debate, so I will let that dog lie … you may certainly believe what you wish on this topic. Fast AND combat accurate shots are necessary to end a close pistol fight, something that is oftentimes difficult to achieve. After all, it’s easy to be either accurate or fast but not both at the same time and we have known for a long time the key to successful combative pistolcraft is the balance -- blending actually -- of speed and accuracy. Which brings us to “deliberation.”

As you can see from the above definition, deliberation can mean different things; consideration, consultation, leisureliness of action, even slowness … slowness?! We’ve already stated that speed is important when fighting for your life so how can we possibly be slow? Remember what Wyatt Earp said? “The secret to winning a gunfight is taking your time in a hurry!”

Speed and accuracy, blending and balance, which and when …”slow is smooth and smooth is fast.” Smooth is fast, slow is just … well … slow. But deliberate? That is worth considering.

Above, Jim Cirillo worked with students on speed appropriate to the task by building up skills and reducing time. Below, "Behind the Curve:" having one shooter watch another (side-by-side on a line) and responding to the other shooter's move to draw -- trying to beat the "offender" to the hit -- helps hardwire drawing and firing on target without unnecessary motion.

Deliberation occurs long before the fight is undertaken in that we must all decide what is worth fighting and dying for? What is our “line in the sand”? Oftentimes we do not get time to ponder as situations are thrust upon us with little opportunity to “observe, orient, decide and act”, we must “see and do” or we perish. In such cases, deliberation comes in the form of a combative mindset. In my old, worn out version of the Webster’s Dictionary, mindset is defined as “a previous decision to act based on reason and intellect” while combative is defined as “ready and willing to fight.” Thus, a combative mindset could reasonably be defined as “a previous decision to be ready and willing to fight.” Not eager to fight mind you, as we always run the risk of losing, but willing to do so with great enthusiasm, if required. Doesn’t this sound like the first definition listed above -- “careful consideration before decision?” A deliberate act to be sure.

Ok, the fight has begun -- isn’t speed critical? Only if it does not lead to panic, via fear, which is oftentimes the result of an unexpected attack -- hell, any attack but certainly one we are not ready for. We have all seen or heard of examples of “panic fire,” where a large volley of rounds is fired in the direction of a threat with little effect. As Dennis Tueller (the Tueller Drill creator) once stated, “If you don’t think you have time to aim you certainly don’t have time to miss!” Only accurate and effective fire will stop a determined attack, which requires self-control when on the verge of panic -- a deliberate act -- or as Wyatt Earp described, “taking your time in a hurry”. After all, speed is not herky, jerky, spastic muscle manipulation, it is lack of unnecessary motion (smooth is fast!), something that must be trained in through a deliberate training activity and repeated, meaningful practice. It takes time, effort, energy, ammo and commitment to incorporate such self-control into our being and most will not know if they have it until they are in the fight. That said it is still worth the effort required to try and build in (anchor) such a response. Prepared will always be better than not prepared. Yes, luck is a factor, but the harder I have worked, the luckier I seem to be and having faced such tests in my life, I know deliberate training and preparation works.

Yep, Bat Masterson had it right; deliberation, accuracy and speed…but is one more important than the others? It sounds to me that deliberation occurs throughout the combative process…before, during and after… and being deliberately accurate and fast in a gunfight is not the same as bullseye shooting or just throwing rounds quickly. Deliberation is a process…a lifestyle commitment, really…as it occurs constantly and must be continually nurtured. Something to consider…

Dave Spaulding is a professional firearms instructor with 36 years' experience in Law Enforcement and Federal Security. The recipient of the 2010 Law Enforcement Trainer of the Year Award from the International Law Enforcement Training and Educators Association (ILEETA), Dave has worked in all facets of law enforcement including communications, corrections, court security, patrol, evidence collection, training and investigations. He was a founding member of his agency’s SWAT Team and acted as its training officer for 8 years. He spent a year in an undercover capacity and was the commander of a multi-jurisdictional narcotics task force, has been an adjunct instructor at the former Heckler & Koch International Training Division and the Tactical Defense Institute. In addition to his many published articles (over 1,400), Dave is the author of two acclaimed books, Defensive Living and Handgun Combatives. He operated his own training company with focus on “the combative application of the handgun” www.handguncombatives.com .