Guest Shot: The Essentials of Combative Pistolcraft – Part I

For those who take their personal security seriously, handguns are not a GQ-like accessory. For the armed professional, the handgun is a tool to be used when faced with the actions of the most dangerous human predator. Every armed professional must be competent under extreme duress but the truth is the majority of gun carriers haven’t mastered the most basic skills that will make them effective combatants. Many CCW holders do not have a training system, only a requirement that they recertify or qualify every so often. Such qualification/ recertification may be as simple as firing 10 rounds standing still, in full light, in front of a stationary piece of paper, with no time limitations. There may be no qualification at all, merely a criminal background check. I cannot help but ask myself “What are these people prepared for? In truth, nothing.

I have studied armed conflict my entire adult life and I can tell you, without hesitation, this isn’t what a street-level pistol fight is like. Armed citizen handgun fights are a relatively new concept as compared to law enforcement and I have been studying both for decades. What most people are doing when they certify for their carry permit is confusing the most basic level of fundamental firearms use with the most advanced physical/emotional demands of an armed confrontation. It’s the difference between plinking and gunfighting; both involve handguns but are nothing alike. These gun carriers, if faced with a real armed threat, will get by on luck alone and my long experience tells me this is not enough. Luck is a fickle lady and like Murphy will always fail you in the clutch.

The first thing one must ask when truly preparing for armed conflict - especially the close quarter reality of pistol fighting - is what really happens? It is important to have a true understanding of the dynamics of conflict, not just train the things that are fun. It starts with an explanation of what shooters will really face during violent incidents. Most (even people who teach combat pistol courses) have no experience with violence and haven’t been in a fight of any type, even a school yard brawl. It’s essential that we instill in every student both the will and the skill to overcome and PREVAIL in any fight.

FACT: The vast majority of pistol fights are close and fast, usually inside twenty feet … thirty feet at the most. Additionally, there will be no time to “fight your way to a better gun”. It is also unlikely there will be a “battlefield pick-up” …you will start and finish the fight with the gun you have on you or in your hand, so train to shoot YOUR gun, not every possible gun in the world. Don’t misunderstand, it’s fine to shoot other guns…it’s fun. However, when it comes down to serious preparation, focus on the gun you carry. You will have less frustration as you try to improve. Like shooting 200-yard pistol shots? Good, enjoy! But spend most of your training time on close quarter conflict. No, it’s not as much “fun”, but are you training or plinking? In addition, how far away can you tell the difference between a GLOCK and a TV remote? You must identify the threat before you can engage it. 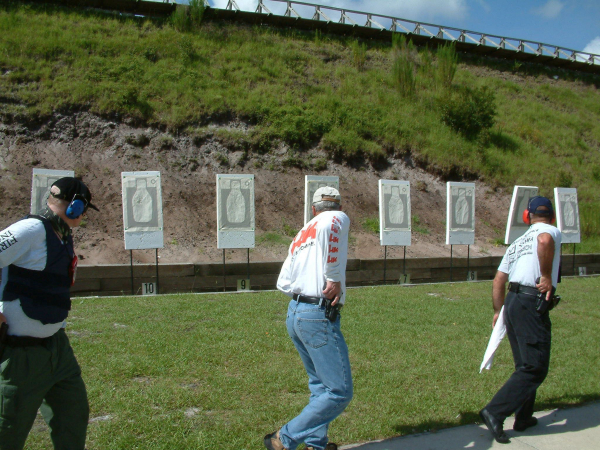 FACT: Every time you enter conflict you run the risk of losing regardless of how skillful you are. You need to understand if you cannot win you must MOVE… fast, purposeful movement until you are ready to shoot back ACCURATELY, to a place of cover/concealment or out of the danger zone entirely. Movement with purpose is an essential skill. Do not consider “tactical advancement to the rear” as weakness or cowardice… it may save your life!

FACT: A gun FIGHT, knife FIGHT, fist FIGHT or any fight for that matter is a physical activity. Fast, aggressive movement is very likely so what type of physical condition are you in? Will your heart stand up to sudden physical activity? You do not need to be an Olympic athlete to be ready for conflict, but if you live on a diet of pizza, Twinkies and beer it will affect you. Eat well and move your body regularly…you will be glad you did! 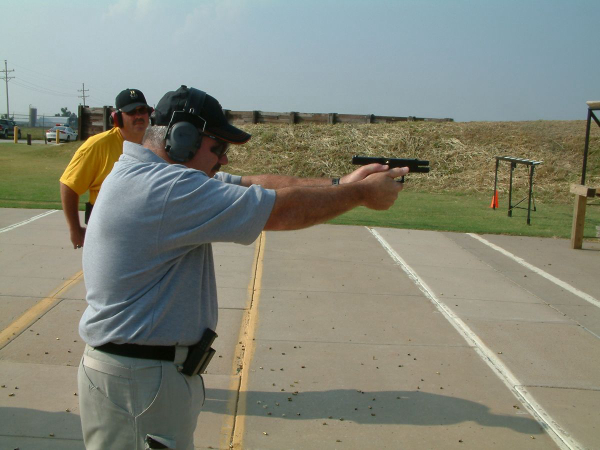 I do not consider pistolcraft skills as “fundamental”. I believe the word has been used to the point it no longer emphasizes the true importance of said skills. We can discuss grip, trigger control, stance, breathing etc. if you wish, but these are shooting skills…I am talking about fighting. To me, all of these skills are ESSENTIAL…you must have them all and they are all of equal importance. The essential skills are anything that keeps the gun running in a fight. Trigger control is more important than clearing a stoppage, you say? Maybe, until you need to clear a stoppage while rounds are flying past your head while you move! While it is easy to dismiss training certain skills by saying “as an armed citizen I will never face anything like that.” In truth, you are just hiding your head in the sand. No one knows what they will face and I would never try to predict what your confrontation will look like and neither should you.

Unfortunately, the most “essential of essentials” is having a combative mind and this is not listed in the fundamentals of shooting which is another example of the difference between shooting and fighting. Having such a mindset comes from within and takes more commitment than learning to shoot. Once again, it’s much easier to dismiss facts and make excuses than to commit the mind to the ugly reality of conflict. True preparation is like aging … it’s not for wimps.