If you have ever been in one of my classes, you know I am a BIG believer in asking students “why”? It is a cognitive process; you know…process information…roll it around in your brain… which is always a good thing when preparing for conflict. According to my old, worn out (paper!) version of the Webster’s Dictionary, the word “why” is defined as:

Why: (h)w?/ adverb
For what reason or purpose, cause and effect

That’s right, there should be a reason or purpose…a cause and effect… for everything we do. I do not believe in random, arbitrary, “just because” or “cool looking”, though I understand that cool looking is the reason many students do what they do in combative firearms training these days. If we understand training is preparation for the most serious moments of our life, you should understand that “cool” is NOT a good reason for anything. These days, I often see a sway back, elbows bowed out shooting stance in my classes but cannot find its origin. I have not seen it advocated by any of the currently popular instructors, so I am guessing it is performed as the shooter feels it “looks cool”. Sorry team, not good enough.

More recently, I had a student in class with a pistol that was equipped with a very tall set of sights on a concealment pistol. Now, he was not shooting especially well, so I knew it was not because they gave him better visual on target alignment. In addition, the sights were somewhat sharp and prone to snagging under clothing so I felt like I needed to ask him WHY he was using them. I was pretty sure he really did not know beyond he liked the way they looked on his gun. It turns out I was wrong. 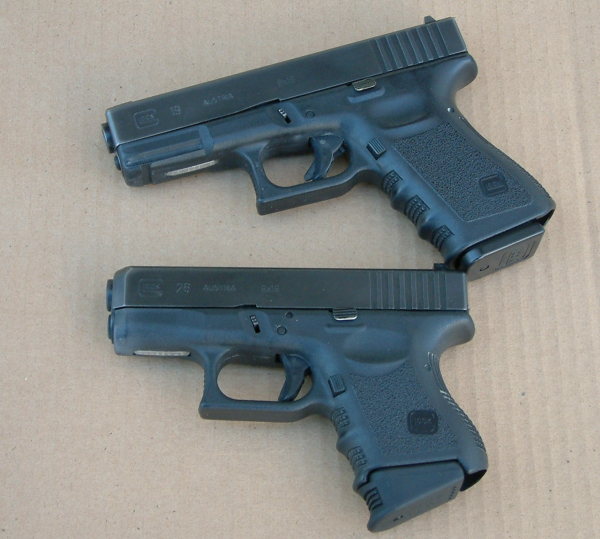 Be able to articulate the reason "why" you make the selections you make and why you shoot and handle guns as you do. When asked why as a detective supervisor I carried a Glock 19 backed up by a Glock 26, the response was commonality of use and the spare mags for the G19 fit the smaller gun. Why is an important question; have the answers.

In reality, he was using them because they were manufactured and recommended by an instructor he greatly admired. OK, I guess I can live with this, but I decided he needed to rethink using something that really was not working for him. When I pressed him further he got flustered and said, “They increase my sight radius thus making me more accurate”. Ah, no … His accuracy sucked! Why? Because he had no real concept of trigger control and grip…he looked like he was trying to milk the teat on a cow every time he shot his gun, which rendered his sight picture irrelevant. It seems my student had gotten caught up in all of the online trappings of combat shooting and its related gear before he undertook his training. This student told me the instructor he admired was “too expensive” so he settled for me. For some reason, I thought this was funny as hell. Hey, why not…getting mad would not change it…

I took him off the firing line, called for a short break and began his reeducation program. The first thing I asked him was “What are you trying to accomplish here?” After a bit of discussion, he stated “my personal security”. He is unmarried and had no family in the area, so we were talking about him alone. This gave us a starting point. I asked him if his Glock pistol was for concealed carry and he stated it was. I offered, “Doesn’t it make sense then to keep this gun as slick and low profile as possible? That way it won’t snag on the draw or catch clothing?” The first words out of his mouth were “Well, instructor XXX says…” I held up my hand and said, “He is not here…he’s too expensive, remember? We are here…you and me…what do YOU think?” After a moment he said, “Yeah, it makes sense to keep things simple and straight forward which would include keeping my pistol more snag resistant.” “What about a set of sights you can actually see and may enhance your performance?” He said. “Yeah…that would be a good idea.”

I then addressed his sight radius comment. I took out a standard rear sight and showed him exactly how much additional sight radius was involved…it was less than ¼ inch. “It’s not a rifle, sight radius is not important, how you slam your finger on the trigger is.” I pulled out my personal Glock 19…the gun I both carry and teach with…and I explained the features on it and WHY I do what I do. Once I was finished, I offered, “you don’t have to modify your gun like I do, but you should know WHY you make the changes you do.” He agreed. I then told him to be wary of the Internet until he got a bit more training and experience so he would know what was a hindrance and what was an asset. 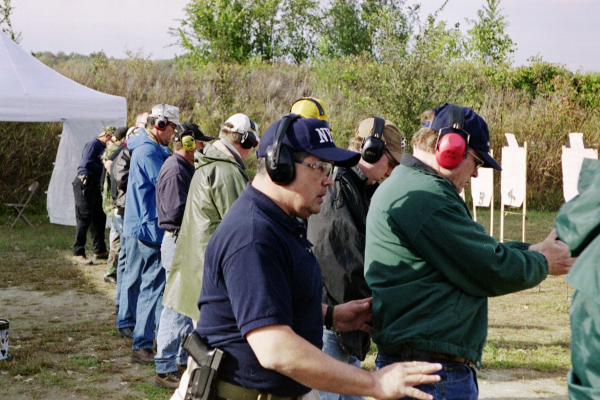 Taking a class first helps you draw relevant conclusions about what you read on line; not all classes, nor instructors, are created equal. If you have years of experience, you can make do with very simple gear, as shown below. The experience has to be relevant. 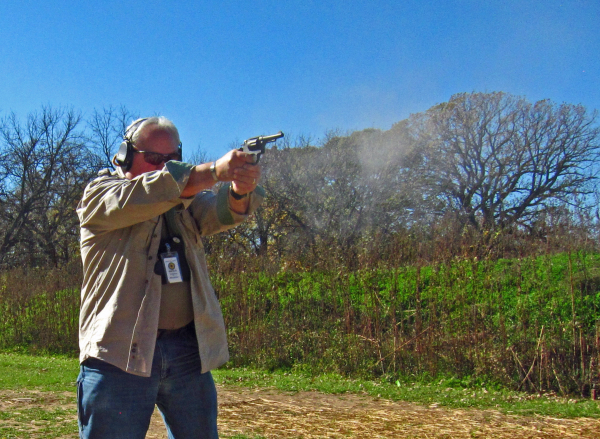 The Internet is an amazing thing! There is now so much information available at our fingertips that it is very difficult not to dive in and read. The problem is if we really do not understand what we are reading, it is VERY EASY to think everything read is fact. Fact and opinion is not the same and can actually be dangerous! I have been doing this a long time, thus, much of what I read on-line I recognize as bulls$#t immediately. Unfortunately, this is not the case for many.

As I talk with other knowledgeable instructors across the nation, I hear stories like this time and again. Information is easily “recycled” making everyone instant experts! Case in point would be my student’s sight radius comment…the words coming out of his mouth sounded real good to him but once explained it just did not hold water. The problem was he did not know that because his expertise was “false” due to being recycled and filled with voids he did not recognize due to a lack of a solid knowledge base established by training and experience. Sights radius is just the example used here, it could be any TTP related to combative firearms training.

I am always tickled when a student just tells me the truth when I ask him (or her) why they do something questionable. “Yeah, I think these sights (technique, tactic, etc.…place one here) “looks really cool… It makes me feel awesome.” Beer will do this as well and will not place you in near as much danger as looking cool in a gunfight, providing you don’t drink and drive. Of course, my response will be “how is (whatever)’s ability to enhance your performance working for you? If it is not enhancing anything then WHY are you doing it?” Notice how, once again, we are back to WHY? If you can’t answer this question, then is cool looking a good enough of an answer? Only you can decide but one thing I will offer: “shooting cool” can be fatal.

I don’t care what gear you use, that is up to you. All I am saying is know why you are using it. Know why it enhances your performance. -- God forbid it actually hinders it! That’s something I have seen more than I would like over the years.

Dave Spaulding is a professional firearms instructor with 36 years' experience in Law Enforcement and Federal Security. The recipient of the 2010 Law Enforcement Trainer of the Year Award from the International Law Enforcement Training and Educators Association (ILEETA), Dave has worked in all facets of law enforcement including communications, corrections, court security, patrol, evidence collection, training and investigations. He was a founding member of his agency’s SWAT Team and acted as its training officer for 8 years. He spent a year in an undercover capacity and was the commander of a multi-jurisdictional narcotics task force , has been an adjunct instructor at the former Heckler & Koch International Training Division and the Tactical Defense Institute. In addition to his many published articles (over 1,400), Dave is the author of two acclaimed books, Defensive Living and Handgun Combatives. He is also featured in a series of training videos from PANTEAO PRODUCTIONS. He currently operates his own training company that focuses exclusively on “the combative application of the handgun” www.handguncombatives.com .